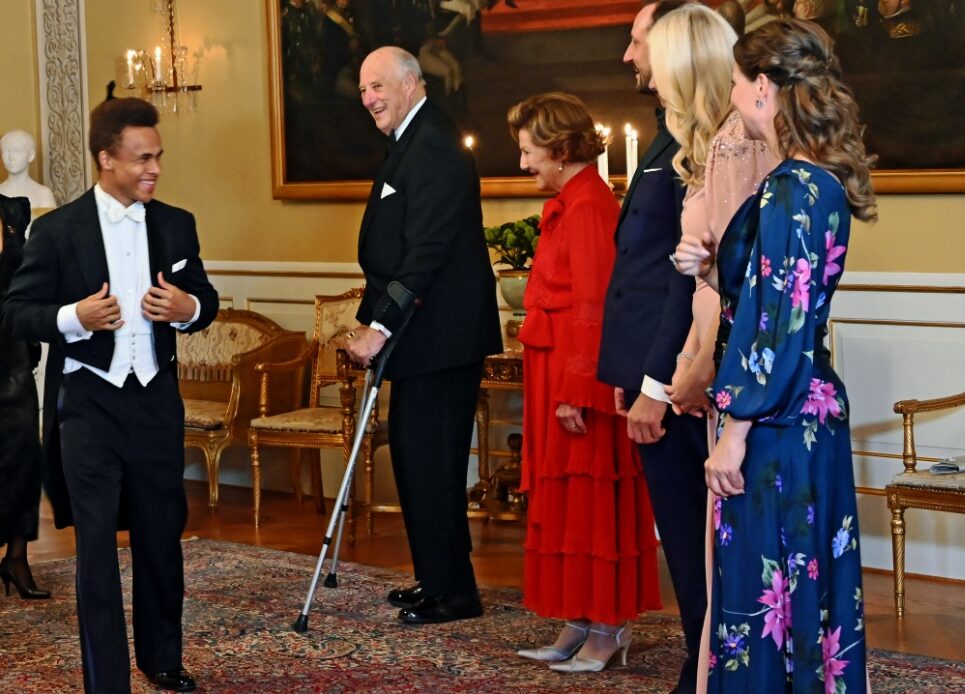 Sport is important for all nations and, as a former Olympic athlete in sailing, it is perhaps particularly important to King Harald. Along with Queen Sonja, the Norwegian monarch has hosted a dinner for his country’s participants in the last Olympics and Paralympics which took place in Tokyo this summer.

The royal couple invited the participants to dinner at the Palace to celebrate since no one from the Royal Family could be present during the Olympic and Paralympic Games this summer. In addition, Crown Prince Haakon and Crown Pncess Mette Marit, as well as Princess Martha Louise attended the dinner.

There were 131 at the table in the Great Dining Room at the royal palace. In total, there were 68 Olympic athletes and Paralympics athletes. The Royal Guard played music while the guests arrived for dinner. After King Harald had welcomed the guests, salmon and carpaccio of elk were served as starters, halibut as a main course and apples as dessert. Finally, the artist Aurora Aksnes took the stage in the Great Dining Room and sang three songs, with Fredrik Svabø on guitar.

During the dinner, His Majesty gave a speech in which he said: “We have been looking forward to this for a long time. Because we could not come to you in Tokyo, we think it was a good idea to gather you here, so we could greet you afterwards. It is incredibly nice to see you all. Also some of us others a little older than you can be inspired by how you set goals and work hard to achieve the dream. You show us that we can do the most incredible thing if the will is strong enough. We are simply terribly proud of you, all of you”.