Haakon and Mette-Marit: 20 years on 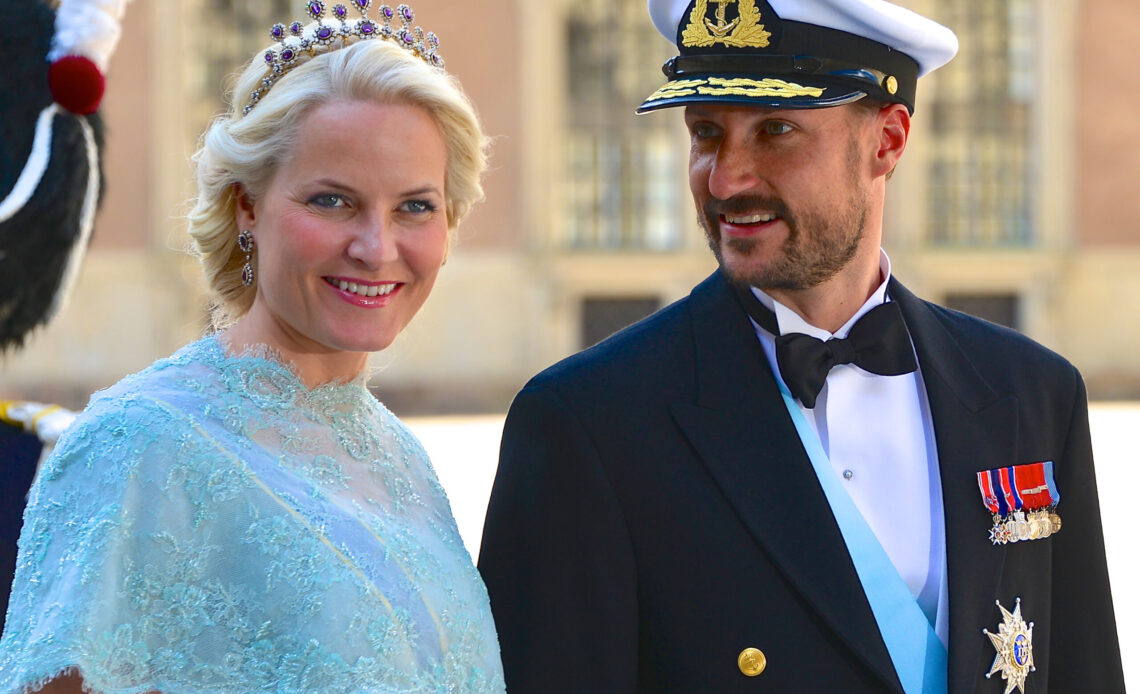 Crown Prince Haakon and Crown Princess Mette-Marit celebrate their 20th wedding anniversary on 25 August, and from the moment they married, they set out to become a modern Norwegian couple while maintaining a full roster of royal engagements.

As we celebrate this milestone, let’s take a look at the past 20 years for Crown Prince Haakon and Crown Princess Mette-Marit, and how they carved out a path for themselves from unconventional beginnings.

Following their 2001 marriage, Crown Princess Mette-Marit endeavoured to continue with higher education and took courses from various institutions. Among her courses were ethics at the Faculty of Social Science and the Faculty of Humanities at the University of Oslo; courses at the School of Oriental and African Studies at the University of London; and the Norwegian Agency for Development Cooperation, where she focused on issues related to HIV/AIDS.

Crown Princess Mette-Marit would later earn a Master of Management in 2012 from the BI Norwegian School of Management.

Meanwhile, Crown Prince Haakon underwent training with the Norwegian Foreign Ministry’s diplomat programme in 2001, and he later earned an MA in Development Studies at the London School of Economics, where he focused his coursework on international trade and Africa.

The couple became parents during their first few years of marriage. Their only daughter, Princess Ingrid Alexandra, was born on 21 January 2004, and when she ascends to the throne, she will be Norway’s second queen regnant—Queen Margaret reigned from 1387-1412.

Their son, Prince Sverre Magnus, was born on 3 December 2005. Crown Prince Haakon is a stepfather to Marius Borg Høiby, the Crown Princess’s son from a previous relationship, who was born in 1997.

Marius was raised in the couple’s household and attended family events with the wider Norwegian Royal Family; however, he never received a title and did not carry out engagements on behalf of the family. He announced his intention to become a private citizen when he reached adulthood.

In her confirmation speech in 2019, Princess Ingrid Alexandra said of her parents, “Thank you for raising me. Thank you for everything I have learned from you and for helping me to become the person I am today.”

In terms of their royal work, the couple has represented Norway on a global stage, and their areas of interest provide them with a global platform to advocate on behalf of their countrymen and the wider global population.

The Royal House notes that Crown Prince Haakon’s interests lie in “Norwegian trade, industry and innovation, and has been involved especially in entrepreneurship and the green transition,” while Crown Princess Mette-Marit’s interests are “involved in national and international efforts related to health, inclusion and opportunities for young people for many years. In particular, she has focused on mental health, women’s health and the fight against HIV/AIDS.”

The Crown Prince also focuses on sustainable development, innovation, marine and polar issues, and outdoor activity while Crown Princess Mette-Marit also focuses on literature and literacy, mental health, and social inclusion. Her focus on green work sees her concerned with climate affairs, and the Royal House notes that she has taken a leading role in the environmental activities at the Royal Court.

In 2018, Crown Princess Mette-Marit announced that she had been diagnosed with pulmonary fibrosis, a condition that affects the lungs and leads to scarring. She is being treated at the Oslo University Hospital.

The couple maintains a residence at Skagum Estate, just outside of Oslo, and throughout the coronavirus pandemic, have been vocal in their support of frontline workers.

When they celebrated their 10th wedding anniversary in 2011, Crown Prince Haakon and Crown Princess Mette-Marit were joined by members of the Norwegian Royal Family as well as Crown Princess Victoria and Prince Daniel for a special service at the Oslo Cathedral.

Any special plans for their 20th wedding anniversary have not yet been announced.