Crown Prince Haakon of Norway has continued his visit to Fiji with a varied agenda on Tuesday. The first event on the program was a taste of Fiji’s national sport, rugby. The Crown Prince participated in rugby training together with local players and Norway’s Development Minister, Dag-Inge Ulstein.

After the workout, Crown Prince Haakon went to the University of the South Pacific. The university has its headquartered in Fiji and campuses in twelve Pacific countries. The Crown Prince spoke to the students about Norway’s relationship with the sea and why he has faith in the future. Crown Prince Haakon also had the opportunity to meet three Norwegians who study here and hear about how it is to be a Norwegian student in Fiji.

The Crown Prince then had a boat-tour on a modern version of the traditional Fiji-boat “Drua”. The special boat is built in line with old construction practice, but with modern materials and green technology, and is powered by solar cells in addition to sails. The boat has been around the earth twice and is used to promote sustainable, carbonless transport. 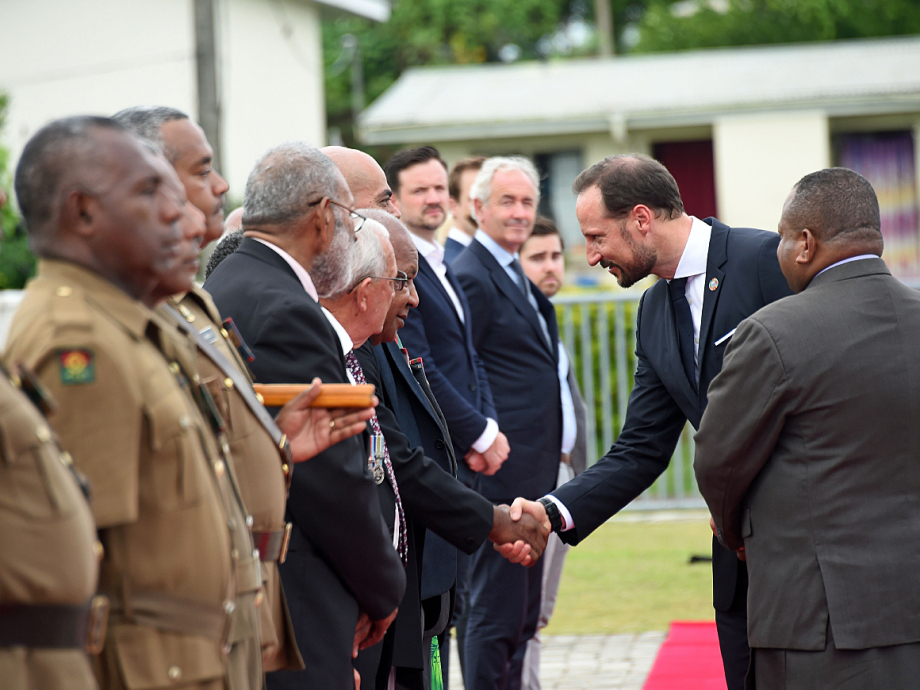 Crown Prince Haakon of Norway is currently visiting the nations of Tonga, Fiji and Samoa. The visit will run from 5 April to 11 April. The purpose of the visit is to strengthen partnerships with small island states in the South Pacific for the promotion of common interests including seas and climate, peace and security. Royal Central will follow the visit closely and bring you the latest news from Crown Prince Haakon’s tour.