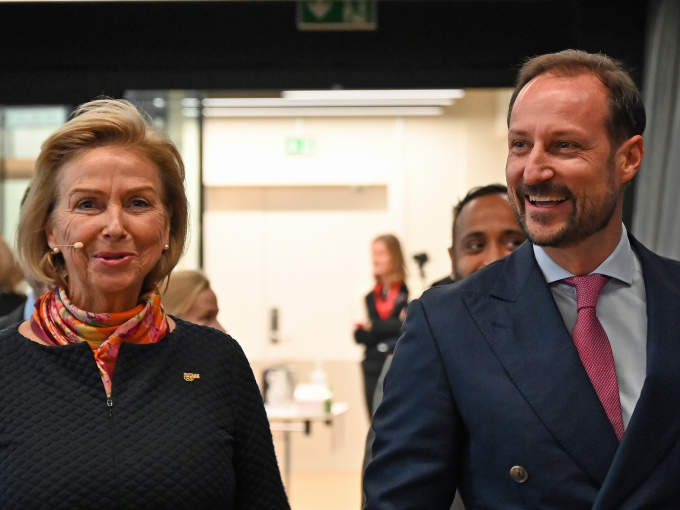 The Crown Prince was received by Norway’s Sports President Berit Kjøll and Oslo’s Deputy Mayor Abdullah Alsabeehg upon arrival on 22 November at the new MUNCH Museum, where the Performance Conference was held this year.

The theme of the conference was what we can learn from others who perform at a high level and how we can add value to their further development. After a short introduction, Crown Prince Haakon watched a conversation about achievements in a societal perspective between sports president Berit Kjøll, athlete Salum Kashafali and Oil Fund Manager Nicolai Tangen.

Athlete and gold medallist in the Paralympics in Tokyo Salum Ageze Kashafali spoke about his long journey to the top since he was hit by a rare retinal disease in 2017. Despite a two per cent view, he has managed to become one of the world’s best athletes.

Kashafali woke up one morning at home in Bergen and discovered that almost all his vision was gone. So he set up an ambitious training program to become the best in his sport. In 2019, he became world champion and set a world record of 100 metres in his class.

Oil Fund Manager Nicolai Tangen talked about the many similarities between being an athlete and being a fund manager in the Oil Fund. The Achievement Conference is the Olympic Summit’s achievement cluster’s prominent meeting place for the development of a national value-based achievement culture across art, culture, academia, business and sports.

King Harald has been an avid athlete for many years and has participated in several world championships in sailing. Moreover, he participated in the Olympics in 1964, 1968 and 1972. In 1987, he also took World Cup gold with his crew upon beating all competitors in the class for track and sea sailing with the boat “Fram X”. Last year, in 2020, Princess Ingrid Alexandra of Norway won the Norwegian National Junior Championship in surfing.