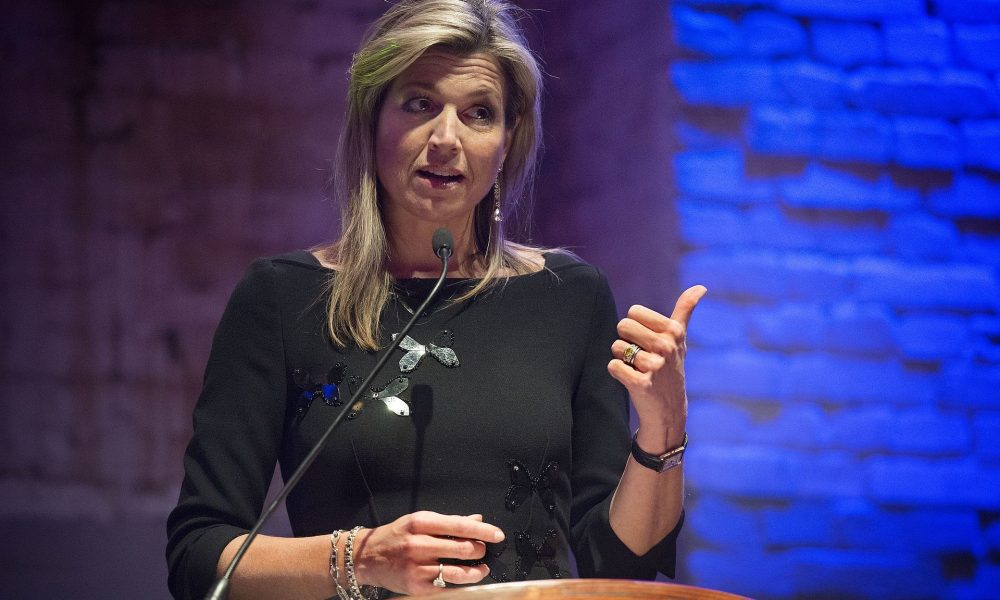 On Tuesday, Queen Máxima of the Netherlands presented the ‘Apples of Orange’ prize from the Orange Foundation at Noordeinde Palace in The Hague. King Willem-Alexander was also present for the ceremony.

The prize winners are awarded a cash prize of €15,000 each and a bronze statuette designed by Princess Beatrix. The prize is celebrating the 19th anniversary since its inauguration and is offered by the Orange Foundation, of which both King Willem-Alexander and Queen Máxima are patrons.

This year, the theme of the prize was centred around mental health, and the three prizes were awarded to three associations that have offered mental health support during the Covid-19 pandemic and the subsequent quarantine. The three winning organisations were announced during the ceremony, which was attended by representatives from all 12 nominated associations.

Due to the ongoing health restrictions, the ceremony looked slightly different this year, as there were very few people present at the palace for the ceremony itself, social distancing was observed and the whole ceremony was live-streamed on the Orange Foundation’s website.

Just last week, King Willem-Alexander visited a centre for post-Covid care and heard first-hand about the physical and mental struggles faced by both patients and people who care for them. Their Majesties are far from being the only ones who worry about the impact this pandemic had on mental health for different categories. The Duke and Duchess of Cambridge lead the way with video calls early in quarantine focusing exclusively on the mental health challenges this pandemic posed for frontline workers, healthcare workers and people with preexisting conditions. The King and Queen of Spain focused much of their efforts on promoting Spanish businesses to push for a stronger economic recovery, while Belgian Royals were often seen visiting testing and vaccination centres throughout the country.