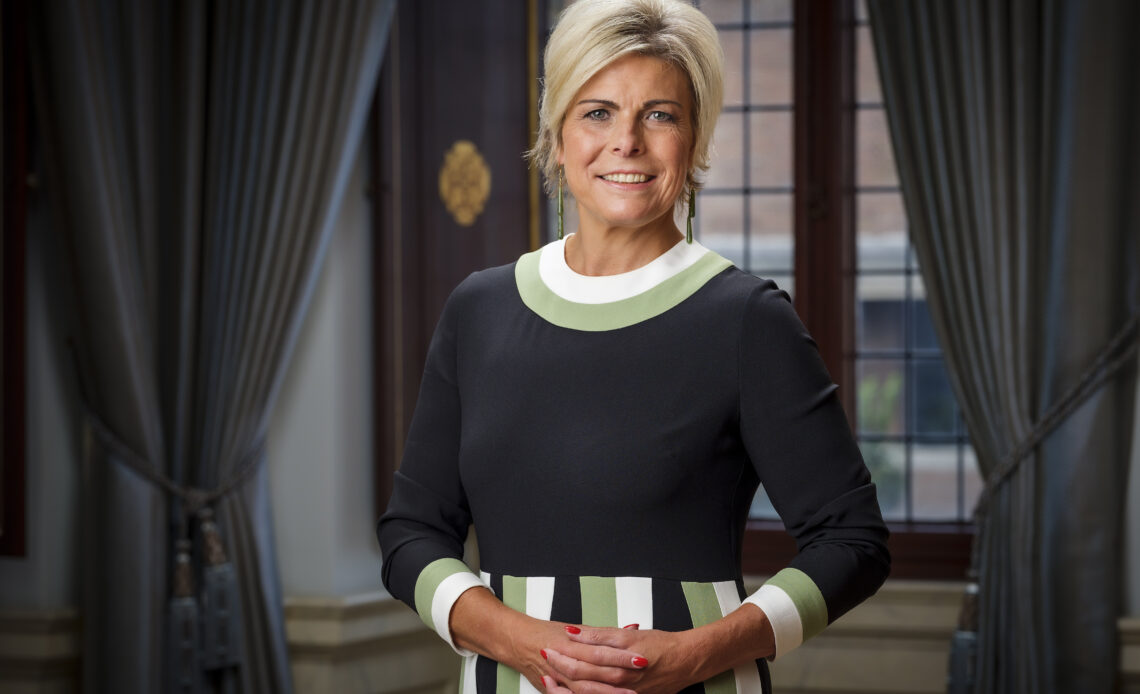 Princess Laurentien of the Netherlands has given a speech to celebrate Europe Unity Day, which falls every year on 9 May.

Speaking from De Balie, an old tribunal that currently functions as an event space and a café-restaurant, the Dutch Princess talked about Europe and the vast array of sentiments connecting each individual to that idea.

Naturally, she also mentioned Ukraine, as the country is currently fighting a Russian invasion that has been widely condemned across the world as an assault on freedom and sovereignty.

Her Royal Highness said: “Let’s celebrate our Ukrainian friends, who are currently defending their freedom with their own lives. And let’s remember the people who gave their lives.”

Definitive numbers are hard to come by as the conflict is still ongoing, but the total number of casualties runs around 20,000 as of the beginning of May, including Russian military personnel, a staggering number, considering the conflict only began on 24 February, roughly ten weeks ago.

Princess Laurentien has words for the current European population: “But while some of us took peace for granted, some of us were preparing for war,” adding that it is important even for the younger generation, used to peace and prosperity on the continent, to never loose sight of the importance of Europe.

Europe Unity Day was celebrated in Amsterdam with a whole afternoon of events held at De Balie, which included the projection of movies, talks and discussions and, to close the evening, a stand-up comedy show.

The Princess took part in the events as President of the European Cultural Foundation, a role that was Princess Margriet’s until 2007.

The ECF is the entity that sponsors most of the cultural events that take place in Amsterdam in connection with 9 May and, since 2019, has been organising Europe Unity Day.