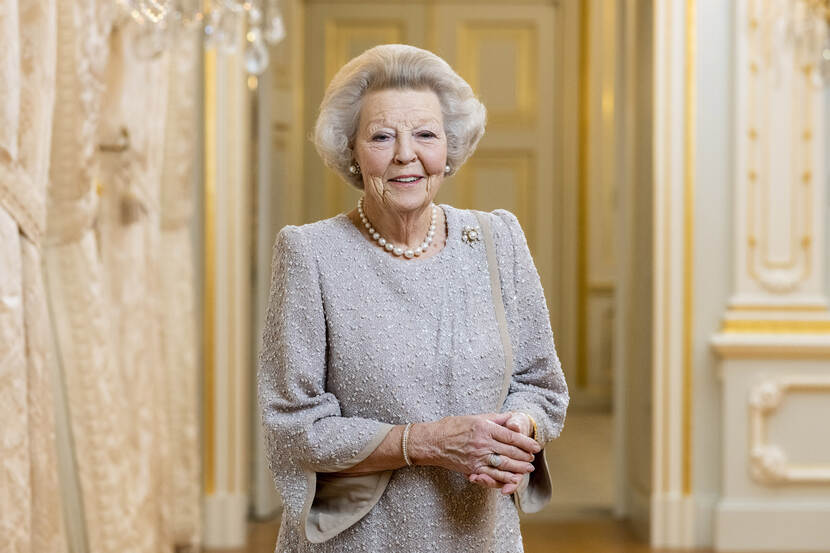 On Friday, Princess Beatrix of the Netherlands appeared in the stands of the Concours Hippique International Officiel (CHIO) [Official International Equestrian Competition] after about a month’s absence from public life following surgery.

The Royal House of the Netherlands published a press release in the afternoon on 11 June, saying that Princess Beatrix had undergone surgery on her left ear that same morning.

The procedure was rendered necessary by a cholesteatoma, an excessive growth of epithelium cells next to the eardrum. While it is not cancerous, this issue must be caught in time, or its spread can lead to severe consequences, like hearing loss or paralysis of the facial nerve.

In the case of the former sovereign, the procedure was deemed safe (it can be decided to not operate in cases of preexisting conditions that can complicate the surgery), and she was operated on at Leiden University Medical Centre by Dr E.F. Hensen and Dr A.G.L. van der May.

The press release stated that she was expected to be discharged from hospital the following day, and she kept recovering at home.

Her Royal Highness is 83-years-old and served as the Head of State of the Netherlands until 2013 when she abdicated in favour of her son, the current King Willem-Alexander.

The former sovereign is a keen lover of horses and has rarely missed the Concours Hippique International Officiel, and 2021 was no exception. She was seen in Rotterdam watching the jumping competition.

CHIO takes place every year in different cities; its most important legs are in Aachen, Germany, and Rotterdam, Netherlands. It includes different competitions, such as jumping and dressage.

Princess Beatrix is not the only royal who loves horses; in the UK, Her Majesty The Queen, as well as the Princess Royal and her daughter Zara Tindall, love horses, and the latter two even competed in the Olympics; in Monaco, Charlotte Casiraghi, daughter of Princess Caroline, competed in several horse trials.