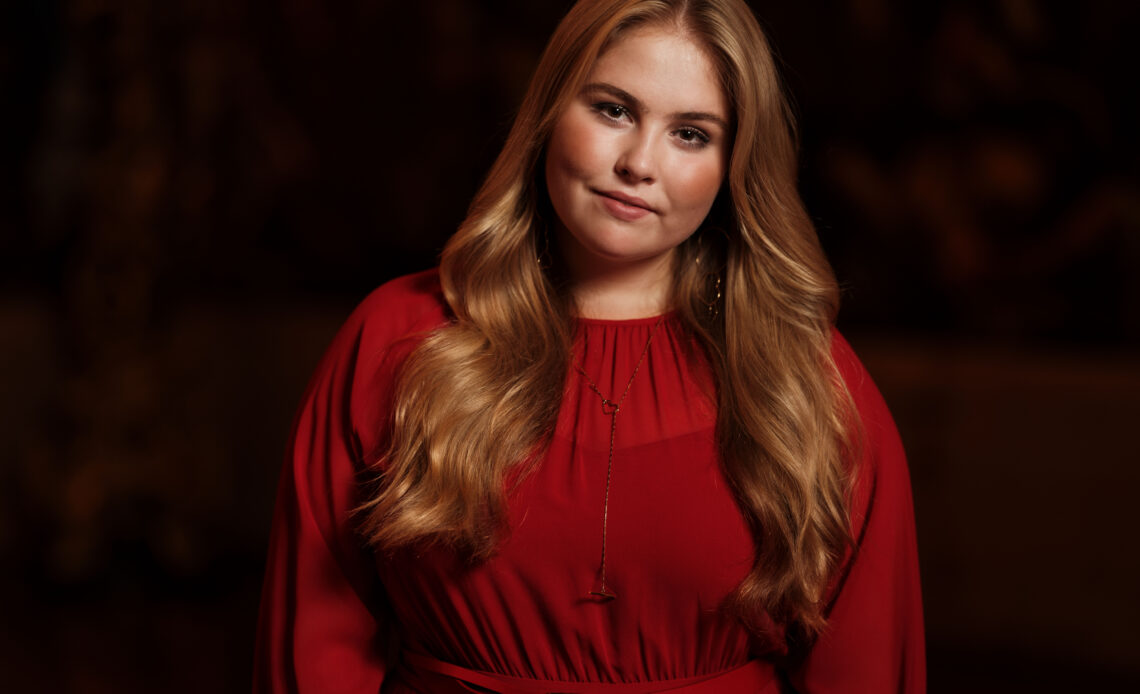 Six glamorous photos have been released of the future Queen on the occasion of her 18th birthday today. According to the Government Information Service (RVD), the photos were taken recently at Huis ten Bosch Palace, where the Princess lives with her family.

The Princess of Orange, as she is known as the heir to the throne, appears in two different outfits in the famous Orange Room. This room was commissioned by Amalia of Solms-Braunfels upon the death of her husband Frederick Henry, Prince of Orange, in 1647. During the renovation of the palace, this room was briefly opened to the public.

Catharina-Amalia was born on 7 December 2003 at 5.01 PM in the Bronovo Hospital in The Hague. Catharina-Amalia’s first major function, as well as her sisters’, was their grandmother’s abdication and their father’s accession. Catharina-Amalia was just ten years old at the time. She reportedly already speaks two languages, and she speaks some Spanish, no doubt taught to her by her mother. She will assume her seat in the Advisory Division of the Council of State of the Netherlands tomorrow.