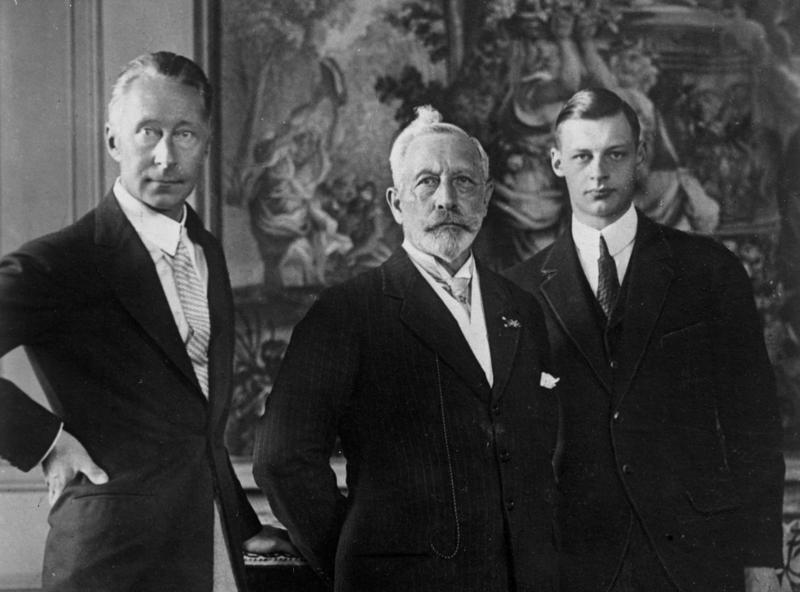 Prince Wilhelm of Prussia was the eldest child of Crown Prince Wilhelm of Germany and Duchess Cecilie of Mecklenburg-Schwerin. As such, he was the oldest grandchild of the last Emperor of Germany, Wilhelm II. At his birth, he was second in line to the German throne and was expected to succeed to the throne had it not been for the end of the German Empire following World War I.

Prince Wilhelm of Prussia was born in 1906 at Marmorpalais (Marble Palace) near Potsdam in the Kingdom of Prussia. When he was 12-years-old, his family was forced to abandon the German throne. While Emperor Wilhelm moved to the Netherlands, the former Crown Prince and his family remained in Potsdam, where Wilhelm and his younger brothers attended the local school.

The second in line to the German throne sought a military career and joined the Army of the German Weimar Republic. During this time, Prince Wilhelm caused a public scandal by attending army manoeuvres in the uniform of the old Imperial First Foot Guards without first seeking government approval. The commander of the Reichswehr, Hans von Seeckt, was forced to resign as a result.

At the beginning of World War II, Wilhelm was among a number of princes from the former German monarchies who enlisted to serve in the Wehrmacht. Prince Wilhelm continued in the army following the end of the Weimar Republic and the stabilising of Nazi Germany. In May 1940, Wilhelm took part in the invasion of France.

Prince Wilhelm was active during the fighting in Valenciennes. On 10 May 1940, the town of Valenciennes was abandoned in fear of the German invasion, and French forces occupied the city. Following a German bombardment, a considerable fire devoured the heart of the town, fuelled in particular by a fuel depot. German troops then occupied the ruined city on 27 May.

During the fighting, Prince Wilhelm was injured. He was transported to the field hospital in Nivelles on 26 May 1940 where he died that same day. His funeral service was held at the Church of Peace, and he was buried in the Hohenzollern family mausoleum in the Antique Temple in Sanssouci Park. The ceremony drew over 50,000 mourners, by far the largest unofficial public turnout during Nazi rule in Germany.

Shortly after Wilhelm’s death, a decree known as the Prinzenerlaß, or Prince’s Decree, was issued by former Emperor Wilhelm banning all members of the former German royal houses from service in the Wehrmacht. The princes who defied the ban were deprived of their titles. Prince Wilhelm of Prussia was a first cousin of Prince Oskar of Prussia who was killed in action during the invasion of Poland in 1939.