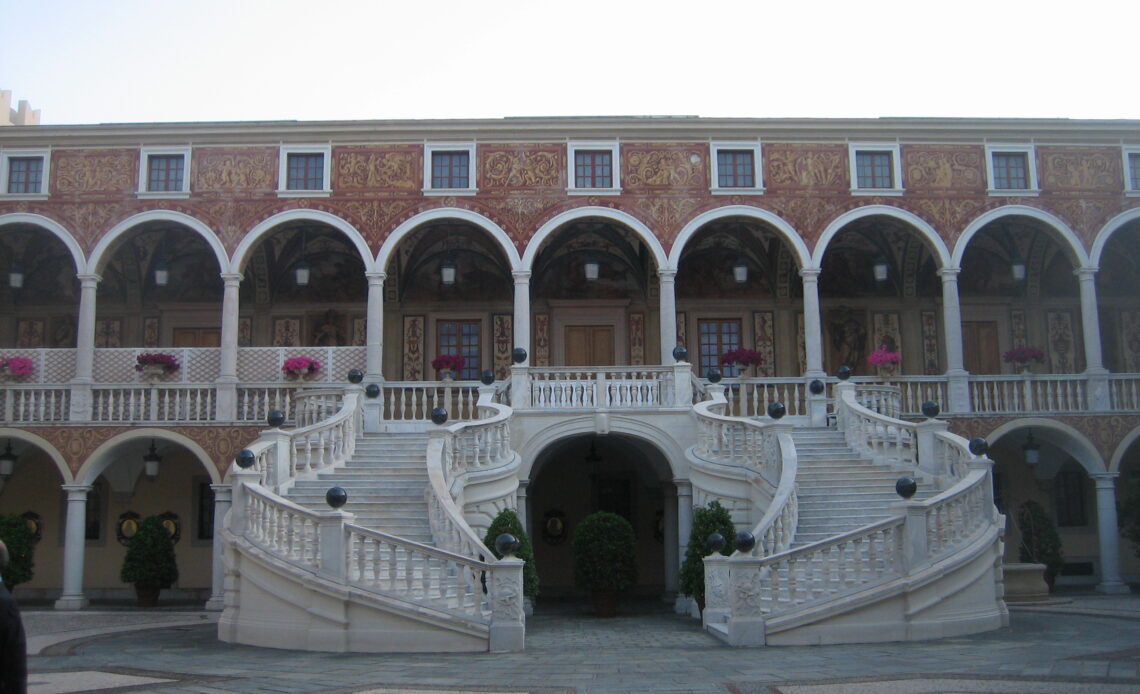 It was billed as Monaco’s biggest celebration in over fifty years. But in the days before the royal wedding of Prince Albert II of Monaco and Charlene Wittstock, this fairytale romance began to exercise a more morose fascination. Reports that the bride had tried to flee her soon to be realm ahead of the nuptials flew around the world. Once the vows were said, the new Princess wept copious tears, more than once, adding another layer of drama to proceedings. The wedding of Albert and Charlene of Monaco continues to fascinate.

The couple said ‘I do’ twice, in civil and religious ceremonies that brought royals from across Europe to Monaco and grabbed the attention of the world. The wedding was one of the biggest royal events in Europe that decade but while royal weddings usually attract endless interest in dresses, and flowers and tiaras and kisses, this marriage was making headlines around the world for different reasons. As the first of their wedding days dawned, the question at the top of plenty of articles was whether the bride would actually show.

In the end, she was there, wreathed in smiles and planting kisses on the cheek of her new husband. Charlene Lynette Wittstock became the Princess Consort of Monaco on July 1st 2011 when she underwent a civil marriage ceremony with Prince Albert II in the Throne Room of the Prince’s Palace. The bride, who wore ocean blue as a nod to her groom’s passion for the sea, appeared on the balcony with her new husband soon afterwards, her head on his shoulder, their hands intertwined. In the evening they joined thousands of people at a concert given by Jean-Michel Jarre to mark their marriage celebrations.

The couple’s religious wedding followed on July 2nd 2011. Guests gathered in the courtyard of the Prince’s Palace for the outdoor ceremony which was conducted by the Archbishop of Monaco, Bernard Barsi. Among those in attendance were King Carl XVI Gustaf and Queen Silvia of Sweden, Belgium’s King Albert II and Queen Paola and the Grand Duke and Duchess of Luxembourg. Several future monarchs who were still heirs at the time, including Willem-Alexander of the Netherlands and Philippe of Belgium, also attended. The bride walked into the ceremony on the arm of her father, Michael Wittstock, and accompanied by a bridal party dressed in traditional Monegasque costumes.

The bride wore a gown designed by Giorgio Armani. Made of duchesse satin, it featured an off the shoulder cross over neckline. The full length dress had a fitted shape and featured a short train attached at the waist and a longer, shoulder train. The gown was embellished with tens of thousands of crystals and mother of pearl beads, painstakingly crafted into a floral pattern that ran down the centre of the bodice and into a swirling sea of sparkle on the skirt of the dress. Charlene’s tulle veil was attached to a diamond decoration that sat in her swept up hair. It had once belonged to Princess Charlotte, Prince Albert’s grandmother.

As many a bride before her, Charlene dabbed away a tear during the religious ceremony but beamed as she walked out on the arm of her new husband. However, the fascination with the possibility of a far from perfect fairytale continued. Following he ceremony, Albert and Charlene travelled to the Chapel of Sainte-Devote, patron of Monaco, where the bride followed royal tradition and placed her bouquet on the altar. As she left the chapel, the bride began to cry, tears flooding down her cheeks quicker than she could wipe them away. Charlene later said she was overcome by the emotion of the moment.

In fact, she has always vehemently denied that she tried to leave before her wedding, speaking out about it on several occasions, but it made the focus on her even more intense as her royal weddings unfolded.

A reception was later held at the Opera Monte Carlo before more music and fireworks rounded off the celebrations. It was a royal wedding that took days to unfold and, eleven years later, continues to exert a fascination all of its own.