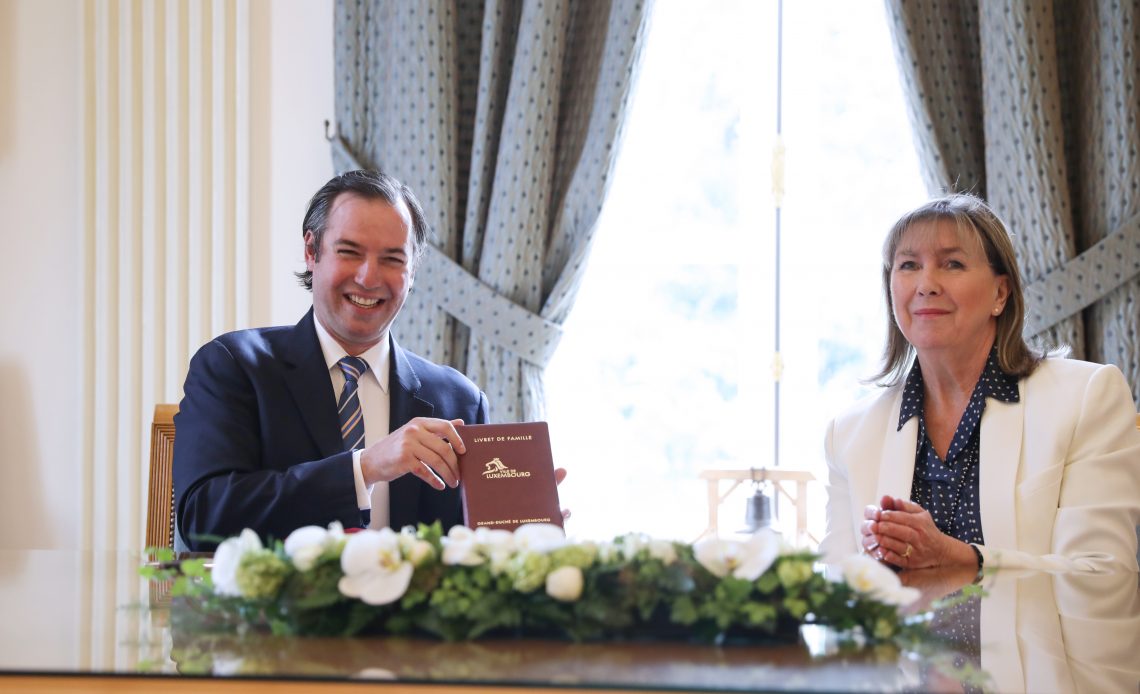 Guillaume, the Hereditary Grand Duke of Luxembourg, has gone down to the City Hall of the City of Luxembourg in order to sign the birth certificate of his son, His Royal Highness Prince Charles.

Guillaume was welcomed by Mrs. Lydie Polfer, Mayor of the city of Luxembourg. After the signing of the birth certificate, she also presented him with a teddy bear for the newborn Prince.

See all the photos and a video below:

Prince Charles was born on 10 May 2020 at the Grand Duchess Charlotte Maternity Hospital in Luxembourg City at 5:13 am. The new royal and future grand duke’s full name is Prince Charles Jean Philippe Joseph Marie Guillaume. He is second in line to the Luxembourgish throne behind his father.

His birth was celebrated with a 21-gun salute, and the Hereditary Grand Ducal Couple have expressed their wish that people support child welfare projects in lieu of sending gifts.

“Those wishing to make a gift as a birth gift can contact the Fondation du Grand-Duc et de la Grande-Duchesse.”