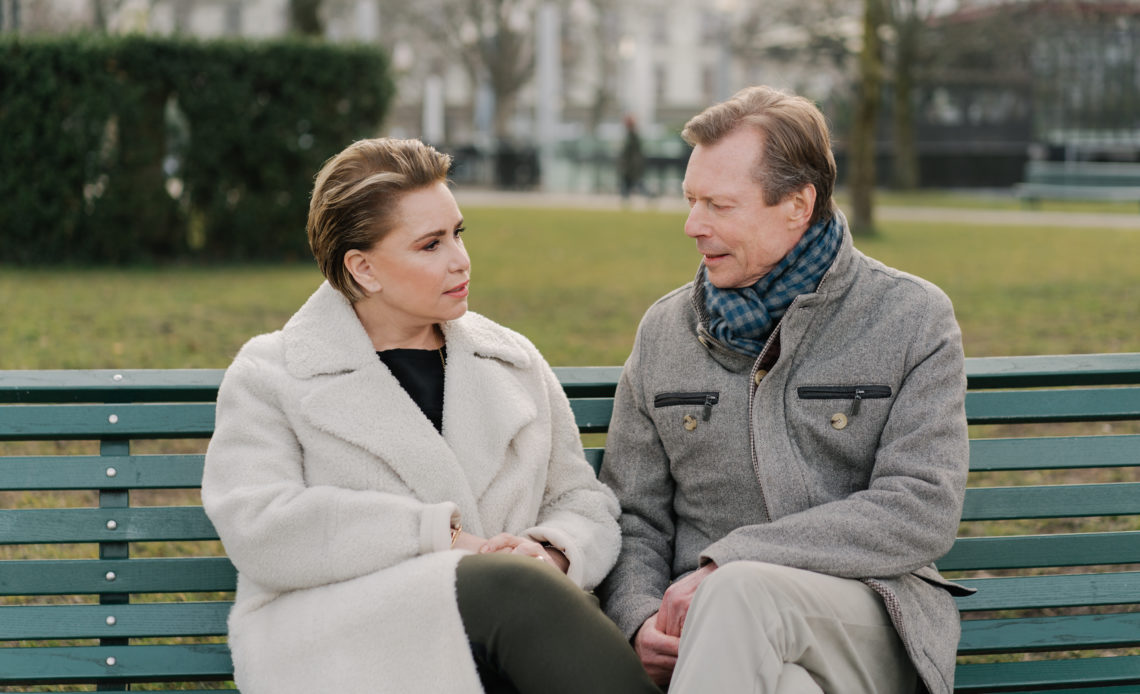 Grand Duchess Maria Teresa of Luxembourg took part in a march in solidarity against violence towards women and girls in the context of Orange Week.

On the afternoon of Saturday, 20 November, the Grand Duchess was accompanied at the head of the march by her husband, Grand Duke Henri, and Taina Bofferding, the Luxembourgish Minister for Equality between Men and Women.

The march was organised as an opener for Orange Week, the annual group of events that the small central European nation organises to mark International Day for Violence Against Women.

The 25 of November is the date the United Nations selected back in 1999 to create the International Day for Violence Against Women, a topic near and dear to many royals’ hearts.

Grand Duchess Maria Teresa has been working for years with many organisations that work on the issue from various perspectives, from the support to victims to the education of young people to prevent such violence from ever occurring in the first place.

This year, the royals took it to the streets in Esch-sur-Alzette, Luxembourg’s second largest city, located in the southwest of the country, near the border with France.

Once the march arrived at its final point, the Grand Duchess gave a short speech, during which she reiterated her conviction of the necessity to put the victims of such violence at the centre of the solutions, as well as the crucial importance of early age education to equality between men and women.

While the UN chose orange as the symbolic colour for the day (hence the slogan for the day “Orange the World,” which was adopted in 2014), the most common installation is red female shoes, often in squares or popular spots. The idea was born from a Mexican protest in 2009 and has since been replicated countless times across the world.

While Grand Duchess Maria Teresa didn’t have anything orange on that was visible, Grand Duke Henri sported a large orange scarf, a symbol of his commitment to end the horror of women meeting the end of their life at the hands of male individuals in their close circles, whether a husband, boyfriend, father or brother.