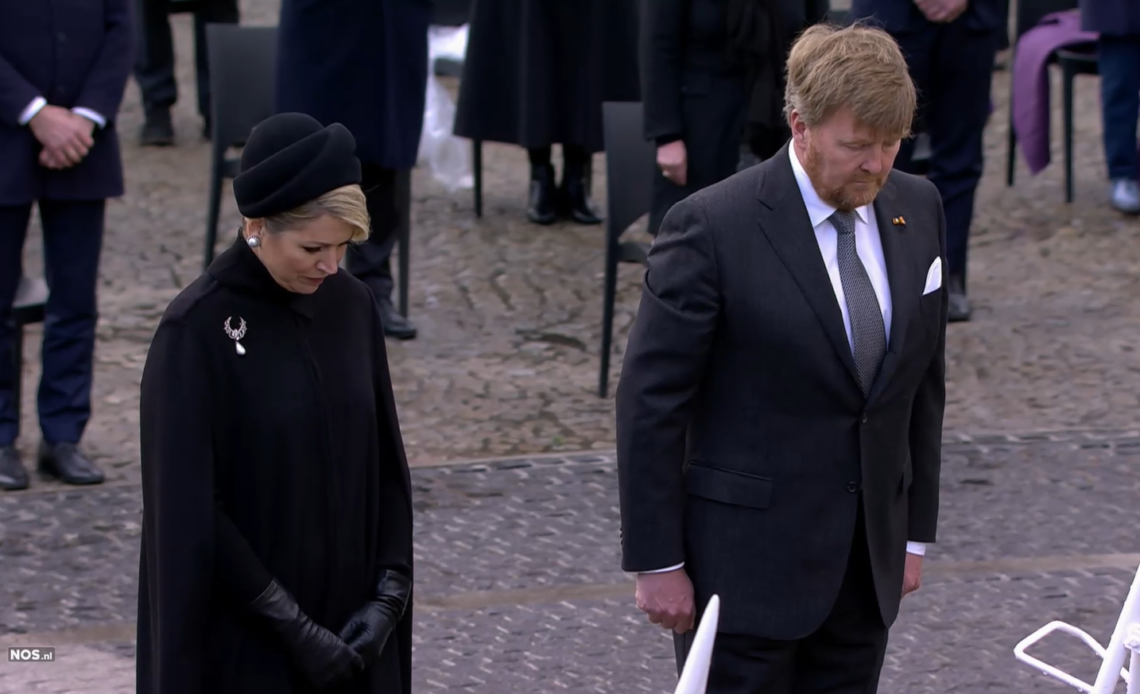 King Willem-Alexander and Queen Máxima of the Netherlands attended the annual Remembrance of the Dead tonight.

The ceremony took place on an empty Dam Square in Amsterdam for the second year in a row. The public, which usually attends en masse, was asked to remain at home.

Although the Remembrance began as a commemoration of the victims of the Second World War, it now includes all Dutch victims, civilians and soldiers, who have been killed in the Netherlands or anywhere in the world in war situations or during peace-keeping operations since the outbreak of the Second World War.

Just before 8 P.M. the King and Queen made their way from the Royal Palace to the other side of the Dam Square to the National Monument where they placed a wreath. At precisely 8 P.M., two minutes of silence were held across the country. It is a tradition that even public transport stops running during those two minutes. King Willem-Alexander made history last year when he became the first reigning monarch to speak during the Remembrance of the Dead but he did not make a speech this year.

Additional wreaths were placed after the two minutes of silence, followed by a speech held by André van Duin.