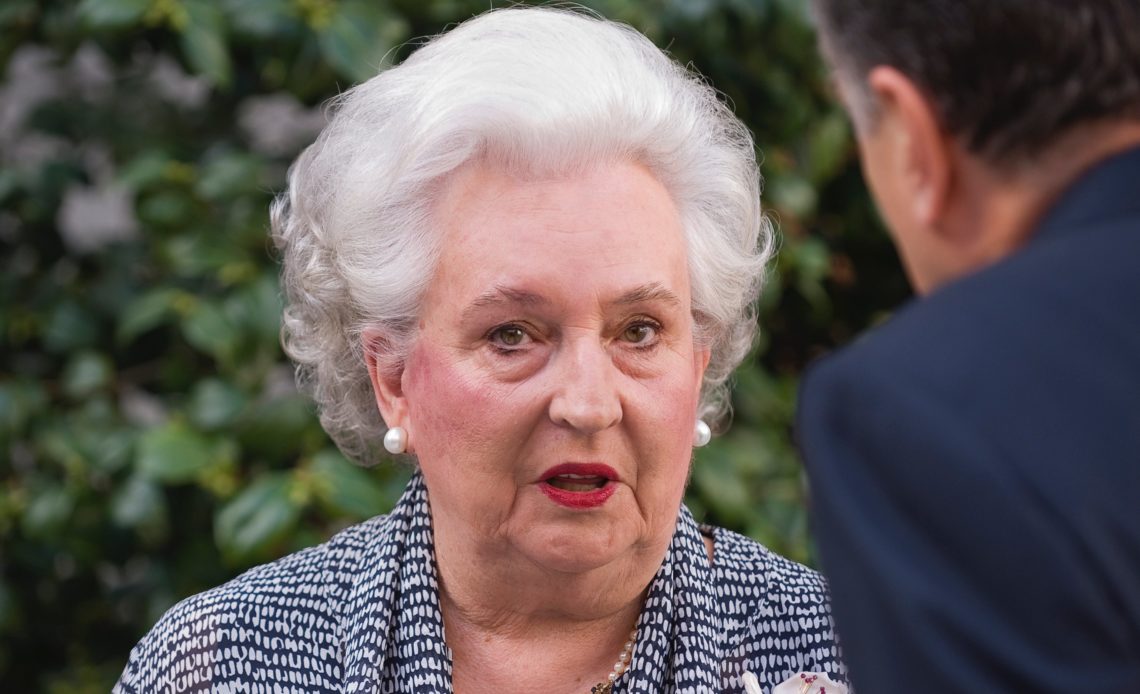 Infanta Pilar of Spain, Duchess of Badajoz, Dowager Viscountess of la Torre, the elder sister of King Juan Carlos I of Spain and the aunt of the current King Felipe VI of Spain, has been diagnosed with cancer. She is currently undergoing chemotherapy and is doing “reasonably well.” The type of cancer is not known. In early February of this year, Infanta Pilar underwent surgery for intestinal obstruction and was subsequently hospitalised for 20 days. She has reportedly been sick for months, and the cancer could, therefore, be intestinal.

Her health has been cause for concern for some time. She was seen attending an event in June of last year in a wheelchair, owing to problems with her hips. She then said, “There is no need to worry; it is a question of logistics and comfort for everyone.” Her brother Juan Carlos and their sister Margarita have all had problems with their hips, and the former King has been operated on four times. In April, it was announced that King Juan Carlos had undergone surgery for skin cancer on his face. He appeared in public on 22 March with bruising and a bandage near his left eye, and at that time, the King said, “I had to undergo a small operation.”

Infanta Pilar is the eldest daughter of Infante Juan, Count of Barcelona and Princess María Mercedes of Bourbon-Two Sicilies. Her younger brother Juan Carlos became King of Spain in 1975. They also have a younger sister Margarita and a younger brother Alfonso, who passed away in 1956. Infanta Pilar renounced her rights of succession to the Spanish throne to marry Don Luis Gómez-Acebo y Duque de Estrada, Viscount de la Torre and they went on to have five children together. She was widowed in 1991.