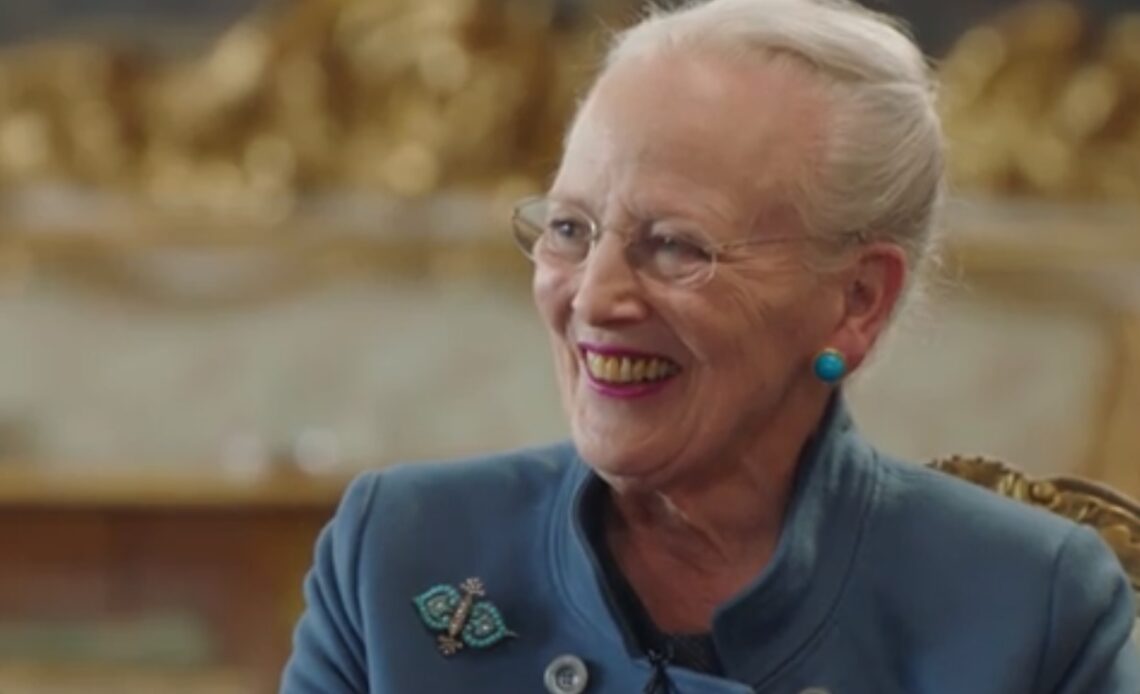 On January 14th 2022, she marks the 50th anniversary of her accession to the throne on the death of her father, King Frederik IX.

Denmark is joining the Royal Family and institutions to celebrate the occasion, and the Danish Royal Household has shown is appreciation for the good wishes by highlighting the way in which people around the country are joining in Margrethe II’s jubilee.

Among the events highlighted on official social media are a bakery, a nursing home, libraries, museums, and typical Danish businesses who have all chosen to pay their respects to their beloved Queen.

The first picture is of a bakery in Støvring whose owners decided to create a “Daisy” cake, with two flowers on the side and a crown in the centre. “Daisy” is of course the Queen’s nickname.

The second picture captures a display created in Høje-Taastrup Libraries with images and copies of books about the Monarch, including stills from the book “Margrethe – en lille dronning” (“Margarethe – a baby queen”). The display was setup under banners with the official Golden Jubilee logo.

The third picture comes from the Skelager nursing home in Aarhus, and it shows a nurse and two residents enjoying a Royal-themed party, donning tiaras and gowns, and enjoying some “fancy” food.

The fourth picture is the tribute paid by the Danish gymnastic team, which is currently in Bangkok to compete in the World Championships. During a rehearsal, the team created a number 50 on the competition floor, and the picture was posted to mark the celebrations.

The fifth picture shows a window display of the limited edition collection that world-renowned Royal Copenhagen has created to mark the Queen’s jubilee. The set up has been placed under the official portrait released by the court to mark the occasion, as well as one of the four official banners. Royal Copenhagen is one of the leading porcelain businesses in the world.

The sixth picture is the image used by the Danish Architectural Society to mark the Jubilee on their social media. They chose to run a feature focused on the architecture of Fredensborg Castle, one of the Queen’s residences.

The seventh picture portrays a few people in the Old Town building in Aarhus looking at a small exhibition of images of Queen Margarethe on previous visits to the Museum.

And finally, the eighth slide shows two images of baked goods produced by Baks Bakery & Deli in Middelfart and Nørre Aaby: a blue cake decorated with daisies and a chocolate transposition of the official logo, and a crate of traditional baubles filled with rum, decorated with the Jubilee logo for the occasion.

It seems clear that, despite the current health safety restrictions, the Danish public is getting ready to celebrate in full swing the anniversary of the ascension to the throne of one of the most beloved Heads of State.