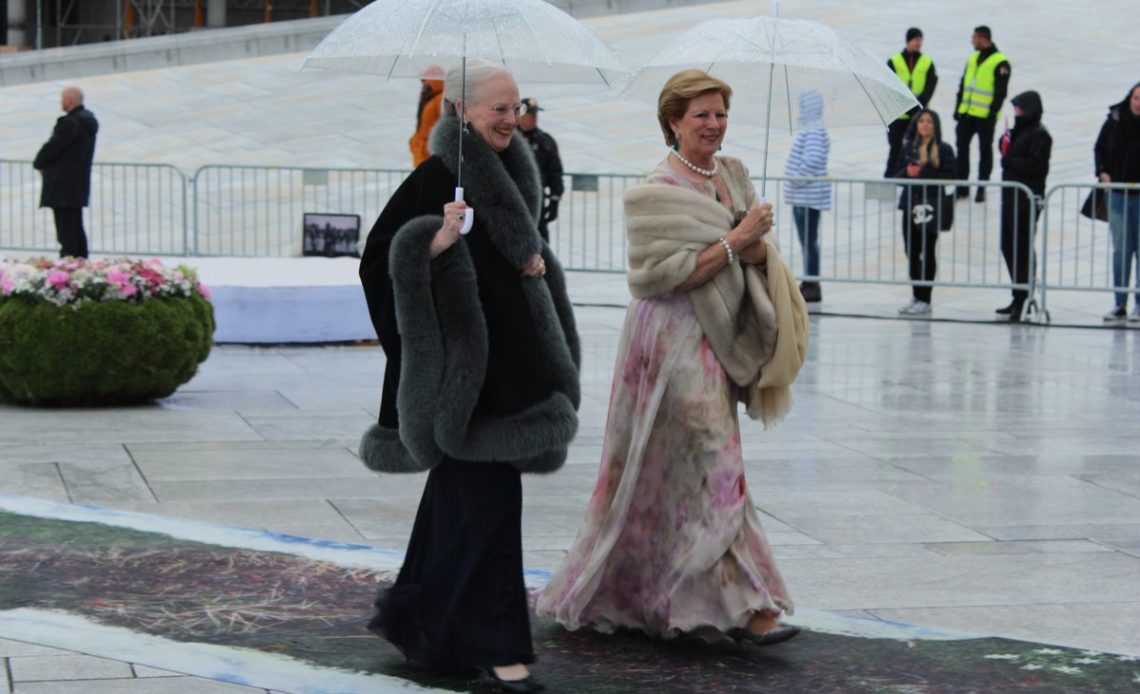 Queen Margrethe of Denmark has decided to cancel her annual New Year’s galas as a result of the continued spread of COVID-19 in Denmark.

Her Majesty has confirmed hse won’t hold the grand New Year’s dinner for the government, the Speaker of the Danish Parliament, representatives of official Denmark and the Royal Court on 1 January 2021. The subsequent New Year’s dinners for the Officers Corps, the Diplomatic Corps, the Armed Forces and the Danish Emergency Management Agency, as well as representatives of major national organizations and royal patronages, which should have taken place on 4 and 5 January 2021, are also cancelled.

During the Queen’s reign, the traditional New Year’s celebration in the Royal House has only been cancelled once before. It happened in 2005 as a result of the tsunami in Southeast Asia at Christmas 2004.

Instead, a small New Year’s party will be held at Christiansborg Castle on 4 January 2021 for the Prime Minister and a few other representatives of official Denmark.

The Queen will give her traditional New Year’s speech on 31 December 2020 at 18.00. The Danish Royal Court also states that from New Year’s Day and for the following week, it will be possible to send a digital New Year’s greeting to the Queen on the Royal House’s webpage.

This is not the first time Queen Margrethe has had to cancel large festivities due to the pandemic. It was in April that Queen Margrethe turned 80 years old. The anniversary was actually to be celebrated with a large-scale party, but that was not the case. Due to the coronavirus pandemic, the Danish royal family had to cancel that, too.

COVID-19 was confirmed to have spread to Denmark on 27 February 2020. As of 14 August 2020, there have been 35.889 confirmed cases. Among these, 680  people have died. Denmark was among the first European countries to introduce lockdown measures, starting on 13 March. It has been estimated that there will be a decrease in Gross Domestic Product of 3–10% in 2020 in Denmark due to the pandemic.