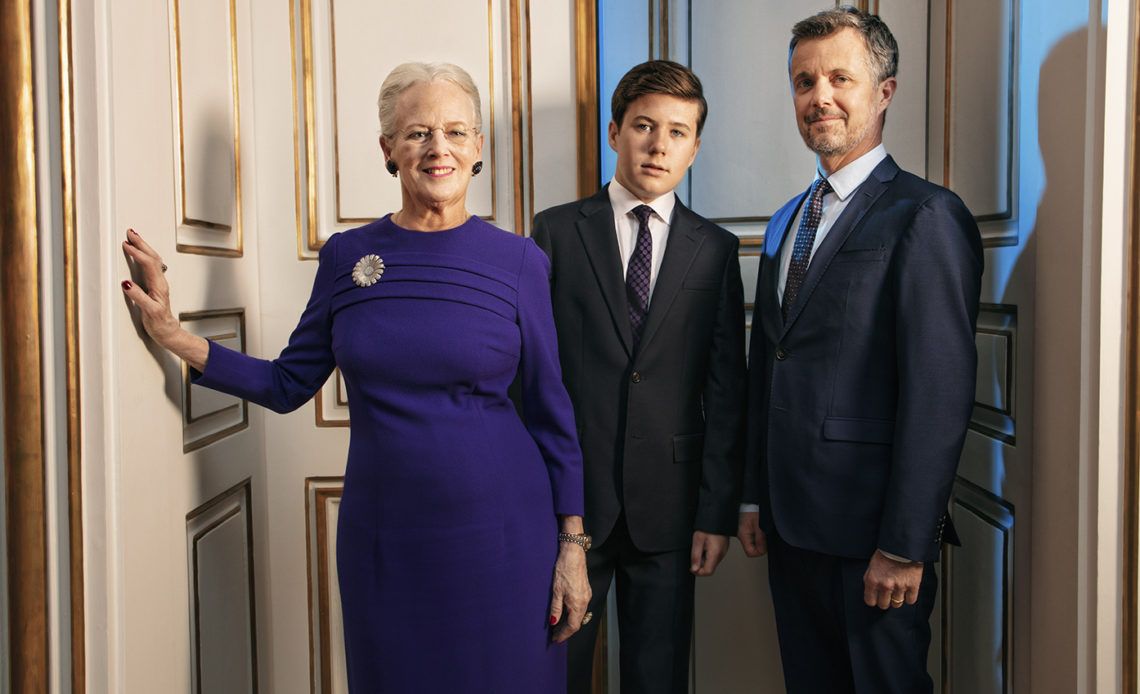 The Danish Royal Court has released a new series of portraits on the occasion of Queen Margrethe’s upcoming 80th birthday. The portraits were taken in the fall and winter of 2019 at Amalienborg as well as at Fredensborg Castle. Three portraits were released today. Additional portraits will be released on Wednesday and Thursday morning.

Per Morten Abrahamsen is best known for his staged photography, which often breaks the frame of the traditional portrait. The portrait series is designed as an interaction between the photographer’s research and proposals as well as the Queen’s own wishes.

There will be a completely different celebration of Queen Margrethe’s 80th birthday than planned on the basis of the Coronavirus. On April 16, Queen Margrethe will turn 80 years old. The Danish Queen had planned to celebrate the day with pomp and splendour. Carriage rides, a reception at Copenhagen City Hall and a private dinner and dance at Fredensborg Castle had been planned and royals from all over the world was expected to attend. It was announced earlier in March that the grand birthday celebration had been cancelled.