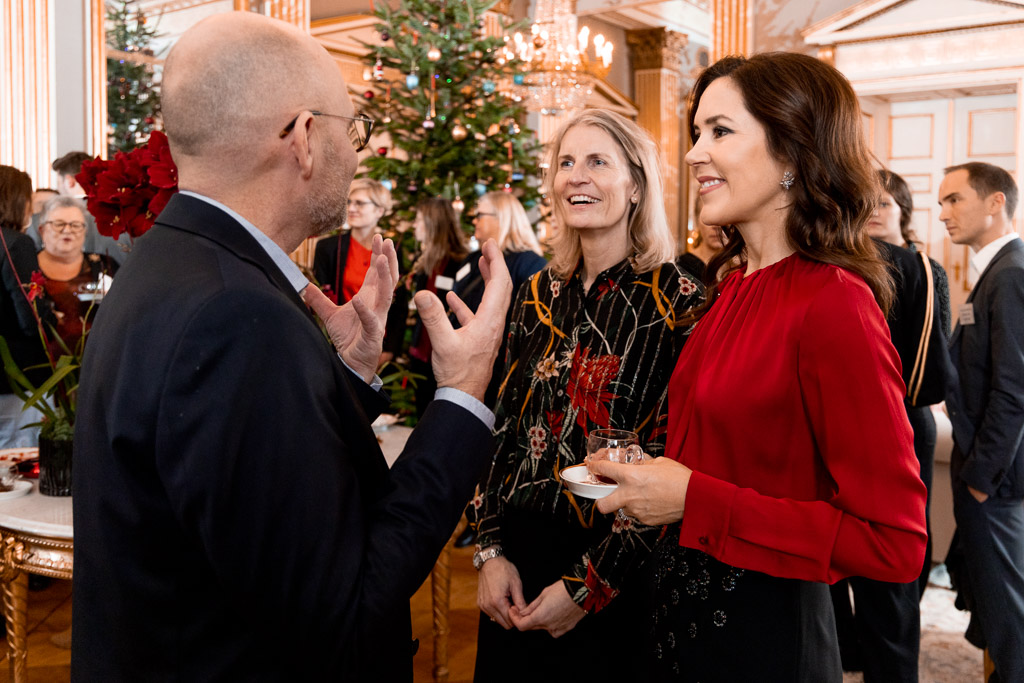 Crown Princess Mary of Denmark has held the annual Christmas reception for the partners of the Mary Foundation at Frederik VIII’s Palace in the Amalienborg Palace complex in Copenhagen.

This year’s reception took place on Thursday, 5 December with partners enjoying glögg and apple slices as a thank you for their work with the Mary Foundation (Mary Fonden in Danish) over the past year.

The Mary Foundation (Mary Fonden) was founded in 2007 by Crown Princess Mary of Denmark. After her wedding to Crown Prince Frederick, the people of Denmark and Greenland raised and donated close to £123,000 (1.1 million Danish kroner) in celebration of the union as a national gift. This money was, in turn, used partially to create the Mary Foundation.

The Mary Foundation focuses on three major points: Bullying and Well-being, Domestic Violence, and Loneliness. Its mission is to “combat social isolation – based on the belief that everyone has a right to belong,” according to their official website.

You can read more about the Mary Foundation in our charity spotlight here.

The day after the reception, Mary began her first period serving as head of state in Queen Margrethe’s absence. The Crown Princess will be the head of state from 6 December through 8 December.