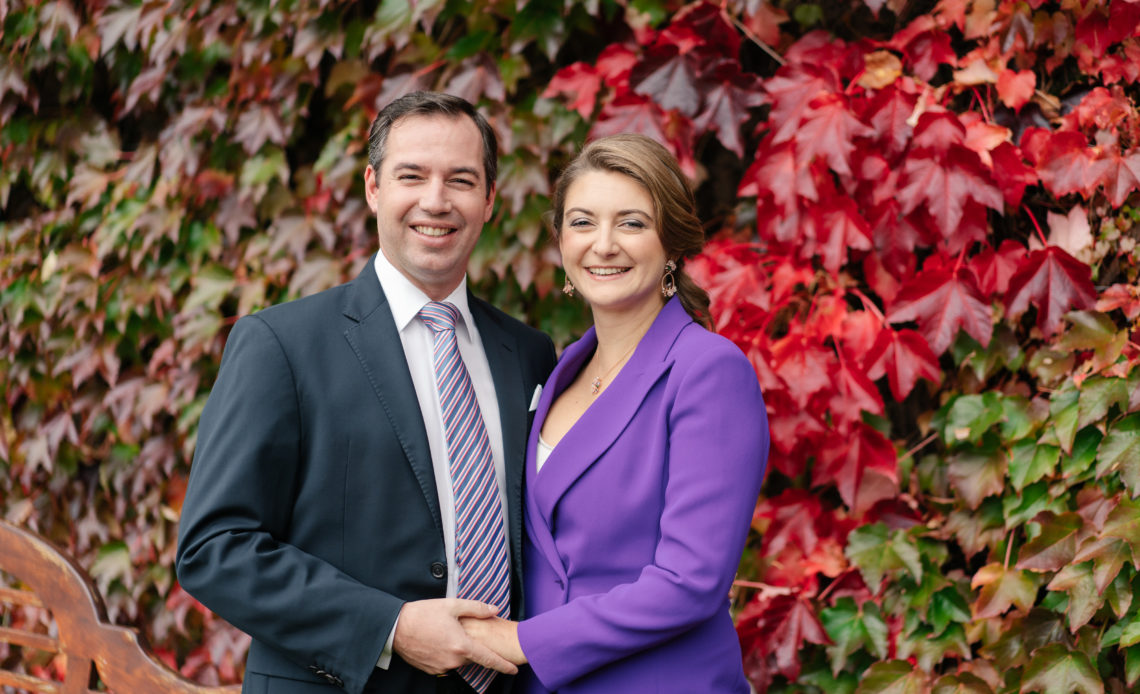 Hereditary Grand Duke Guillaume of Luxembourg and his wife, Hereditary Grand Duchess Stéphanie have personally commented on the announcement that they are expecting a baby. The couple did so on their first official outing since breaking the news to the world.

On the first official outing since the pregnancy announcement, the pair looked radiant. Guillaume and Stéphanie attended the opening of Pop-Up Store “Des Mains de Maîtres” in Luxembourg City. The couple could not be bothered by the rain as they both appeared smiling upon arrival.

When asked about how they were feeling about becoming parents for the first time, Hereditary Grand Duke Guillaume said: “We are overjoyed. And it is a great joy to share this happy news with all the people we have met today. It was more than warm. People are happy for us, and it is very touching.”

Her Royal Highness the Hereditary Grand Duchess also wished to share some of her feelings about her pregnancy. She stated: “We have been keeping it a secret for a few months, and it’s very nice to be able to share our joy with the people of Luxembourg.”

2019 has been a difficult year for the Hereditary Grand Ducal Couple. In January, Stéphanie’s father, Count Philippe de Lannoy passed away at the age of 90. In April of this year, Guillaume’s grandfather, Grand Duke Jean of Luxembourg died, as well. Guillaume and Stéphanie will be happy to end this difficult year with some great news. The pair has been married for over seven years, and therefore, the baby news came as a surprise for many.