What does the historic meeting between King Philippe and his half-sister mean? 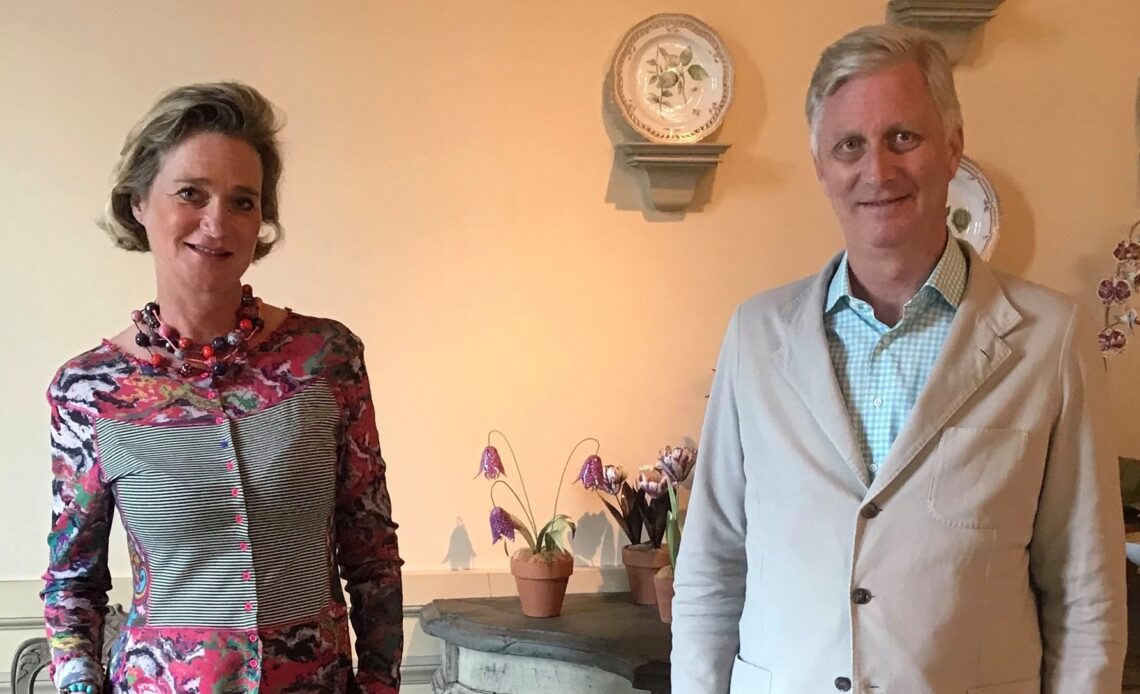 King Philippe of the Belgians and his half-sister, Princess Delphine of Belgium, have met each other for the first time. His Majesty the King invited his “new” sister Delphine to his home at the Castle of Laeken last week. What does this historic meeting mean for the future?

The private meeting between King Philippe of the Belgians and his half-sister, Princess Delphine, is a historic one. Despite King Philippe’s father, King Albert II, officially recognising Delphine as his daughter, Albert still refuses to have any contact with her. The invitation of King Philippe is, therefore, an extraordinary action. What does this mean for the future of the Belgian Royal Family?

Will Princess Delphine become a working member of the Belgian Royal family?
No, Princess Delphine will not carry out any official duties in the name of the Royal Family. Nor will she receive any allowance from the state. Delphine de Saxe-Cobourg is a successful artist and will continue to work as one. It is, however, possible that Princess Delphine becomes patron of a charity organisation. The Princess herself has said that if she can use her new title for good, she will not hesitate to do so.

Will we see more of Princess Delphine of Belgium?
I do expect to see more of Princess Delphine of Belgium. She will likely be invited to important gatherings of the Royal Family. She will likely receive an invitation for the National Day celebrations, the annual fall and Christmas concert and so on. At the same time, the King and Delphine have expressed their wish to develop their relationship further in a private context. It is thus possible that they wish to get to know each other more before appearing in public together.

What is the relationship with the other members of the Belgian Royal Family?
Princess Astrid and Prince Laurent, Delphine’s other half-siblings, were not present at the meeting. Over the years, Princess Delphine has had some contact with her half-brother, Prince Laurent. It is unsure if Princess Astrid, who is the closest with her parents, Queen Paola and King Albert, will extend her hand to her “new” half-sister. So far, they have never met. In addition, it is doubtful that King Albert will want to have anything to do with his daughter Delphine. He has refused any contact for over 10 years. However, Delphine has said that even though she does not expect to hear anything from her father, she would never turn her back on him if he did try to speak to her.

Delphine Boël is the daughter of King Albert II of Belgium and Sybille de Selys Longchamps. While King Albert II was married to Queen Paola, he had an affair with the Belgian baroness. Delphine had been fighting to be recognised as the daughter of King Albert II, who abdicated in favour of his son King Philippe in 2013, for many years. The case came to a head in 2019 when the former King was finally forced to undergo a DNA-test under threat of a 5,000 euro a day penalty for refusing to take the DNA-test. In January 2020, King Albert released an official statement in which he officially recognised Delphine as his daughter. A few months later, the law court granted her the title of “Her Royal Highness Princess Delphine of Belgium”. To learn more about Delphine de Saxe-Coburg and her extraordinary story, click here.