President Trump sends condolences to Kuwait after death of Emir 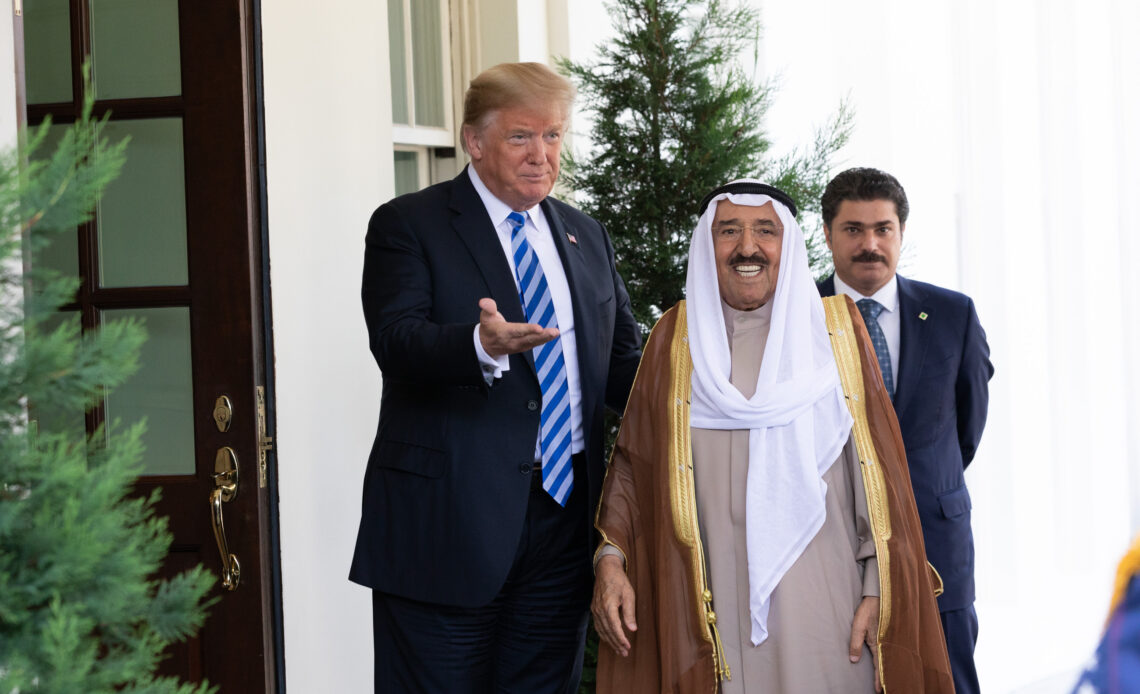 US President Donald Trump has released a statement after the death of Kuwait’s Emir Sheikh Sabah Al-Ahmad Al-Jaber Al-Sabah who died on Tuesday at the age of 91. The Emir had been in a US hospital for treatment for an undisclosed illness.

“I am deeply saddened by the passing of my dear friend, His Highness the Amir of Kuwait, Sheikh Sabah Al-Ahmad Al-Jaber Al-Sabah.  Melania and I send our sincere condolences to the people of Kuwait.  Sheikh Sabah was an unwavering friend and partner to the United States.  Earlier this month, I had the honour of awarding him the prestigious Legion of Merit, Degree Chief Commander.

“The Amir was an unparalleled diplomat, having served as Foreign Minister for 40 years.  His tireless mediation of disputes in the Middle East bridged divides under the most challenging circumstances.  I hope that the Gulf nations will come together to honour his legacy and work toward the cooperative future he envisioned.”

The President had only recently awarded the Emir the Legion of Merit, Degree Chief Commander in recognition of the role he plays in the Middle East and the world. That awarding took place on 18 September at the White House in a private ceremony. The Emir’s son, Sheikh Nasser Sabah Al-Ahmed Al-Sabah, accepted the award on his father’s behalf.

The presentation of the Legion of Merit was presented as the two countries were set to celebrate 60 years of diplomatic relations.

The Legion of Merit, Degree Chief Commander has not been handed out since 1991 and can only be given out by the President of the United States.