King Abdullah reminisces about his time in the military with veterans 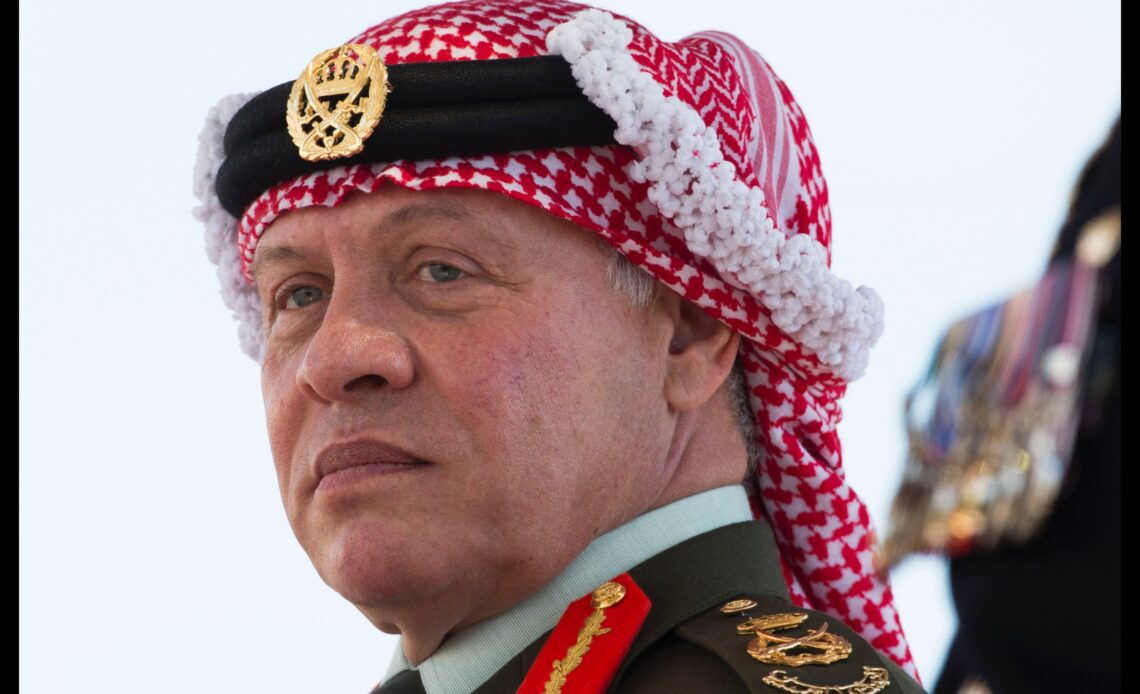 King Abdullah of Jordan reminisced about his days in the Armed Forces during a meeting with military veterans.

His Majesty invited 135 former Armed Forces and intelligence members, mainly from different branches the Army, in an effort to reach out to veterans upon approach of three of the country’s biggest national celebrations.

The meeting took place on Tuesday, 7 June and saw the veterans chat with their Commander in Chief about the values that military life leaves in each serviceman.

King Abdullah expressed his wish that those values, such as camaraderie and pride, will be carried on by the next generations of citizens that take the oath to serve their country.

The veterans then reminisced with the monarch about the many stories they were part of during their many years of service and reiterated their commitment to serve Jordan and its people.

Finally, they made themselves the voice of all military servicemen to express to His Majesty their best wishes for the upcoming national celebrations of Army Day, Accession to the Throne Day and the anniversary of the Great Arab Revolt.

Army Day is celebrated every year of 10 June, and 2021 marked a big milestone, as it was the first time that a woman officer led a contingent made up entirely of men.

The same day also marks the anniversary of the Great Arab Revolt, when the King’s great grandfather, Sharif Hussein bin Ali, commanded an uprising against the Ottoman rule in the region, in his role as Emir of Mecca.

And finally, 9 June also marks the anniversary of King Abdullah’s investiture as King, which took place in 1999, four months after the death of his father, King Hussein, from complications of non-Hodgkin’s lymphoma.