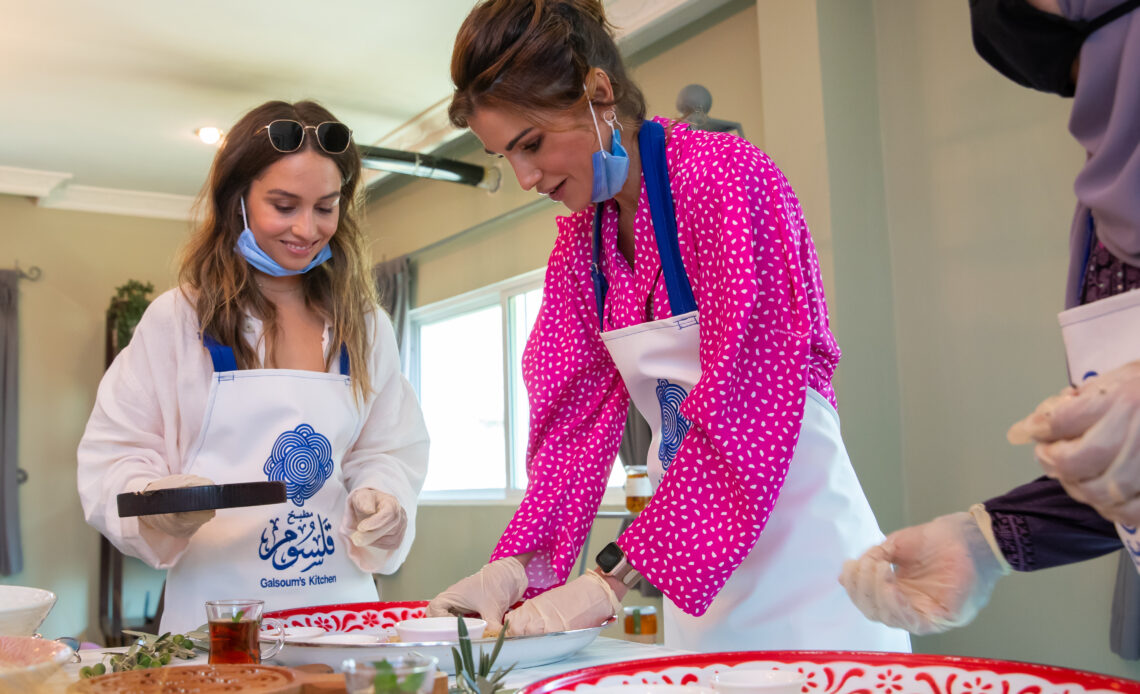 Queen Rania of Jordan shared home videos of her two daughters, Princesses Iman and Salma, in celebration of their birthdays.

The Queen of Jordan shared the videos on her Instagram account on 26 September – Princess Salma’s 21st birthday. Princess Iman marks her 25th birthday on 27 September.

Her Majesty captioned the video, “Happy birthday to my sweethearts Iman and Salma! God bless you.”

The home videos show the Princesses getting haircuts and Queen Rania holding one of them as they are dressed as an angel. Princess Salma is also seen as a child in a grass skirt and playing with a baby doll. There is also footage of the two sisters together, as well as footage from official events like their graduations from high school and Salma’s graduation from Sandhurst.

Their older brother, Crown Prince Hussein, shared a photo of himself with his two sisters on Instagram on Sunday, saying, “Wishing my dear younger sisters Salma and Iman a very happy birthday.”

Besides their older brother Crown Prince Hussein, Princesses Iman and Salma have a younger brother – Prince Hashem. He was born on 30 January 2005; he shares a birthday with his father.