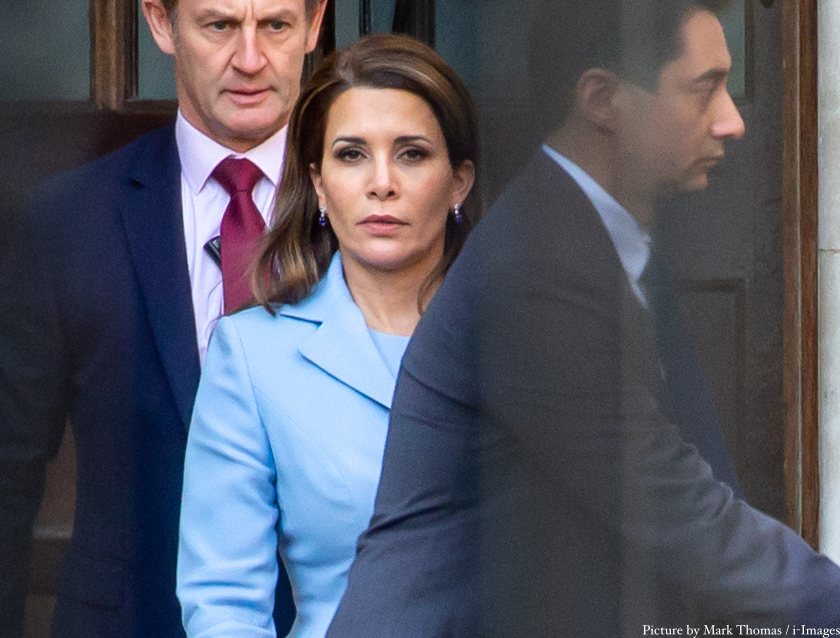 Princess Haya of Jordan has released a lengthy statement after a judge has granted her the full responsibility of raising her two children with Sheikh Mohammed bin Rashid al-Maktoum, Ruler of Dubai, after declaring she was a victim of “exorbitant” domestic abuse.

In her statement released on her social media and website, the Princess shared her hope that the decision from the judge ended the legal proceedings. She first shared her thoughts and prayers for those in Ukraine and said she did not want her statement to detract from “the human tragedies that are unfolding by the hour.”

She explained she hadn’t spoken out throughout the legal proceedings out of respect for the court of law and to protect her family. Now that it has concluded, she wants to thank those who gave her and her children support.

Princess Haya first expressed her thanks to her older half-brother, King Abdullah of Jordan, her brother, Prince Ali, and all of the Jordanian Royal Family.

“I have, for so long, wanted to express my deep gratitude to His Majesty King Abdullah II, my dear brother. You have ensured throughout our ordeal that your niece, Jalila, and nephew, Zayed, and I, always felt the protective arms of the Hashemite Kingdom of Jordan around us here in England, and that we remained constantly aware of your steadfast love and support – despite the complex challenges our predicament caused. I am also eternally grateful for the support of my brother, His Royal Highness Prince Ali, and my entire Jordanian family,” she said.

Haya shared how her children love to talk about Jordan and thanked the Jordanian people for all of their support. She called the past few years “a frightening journey” but said that “the sanctuary, protection and extraordinary compassion we have experienced in England have strengthened our belief in the enduring power of both humanity and justice.”

Her Royal Highness thanked the High Court and the CAFCASS Team. She praised those in the Royal Courts of Justice and how they made her feel safe. She then praised the British justice system: “I have been deeply humbled, through this long and intense experience of British Justice, to see with utter clarity the values and foundations that built this wonderful country.”

Haya said being part of the early years of the UAE’s story was a great honour and said she and her children would never forget the Dubai people; she said they would keep the people of Dubai in their prayers.

Regarding the rearing of her children, the royal said: “I will continue to raise our children with respect for the values, cultures and traditions of both of their countries of origin, and pride in their heritage. They will always honour their roots and seek to make a positive contribution to this world in any way that they can as educated, honest and kind royal children.”

She made sure to thank her attorney, Baroness Fiona Shackleton, for all of her work before talking of how her journey made her feel closer to her mother, the late Queen Alia, who died in a helicopter crash in 1977 when Haya was just three. She said her mother would be grateful to Shackleton and proud of how she defended Haya and the children.

“Thank you for keeping my children and I safe, and together,” she told her attorney.

She also thanked those she said she could not name as they risked so much to help her.

But her biggest praise was saved for her two children. She said that her son and daughter “have met every hardship and challenge with dignity, faith and a renewed resolve to be kinder and more humble people, determined to love, serve, and contribute to a better world.”

Princess Haya stressed that she and her children are not to be pawns for division: “As my father, His Majesty King Hussein Bin Talal, would have wished, we will continue to honour our family’s proud tradition of peace, bringing people together and building bridges in the Middle East and to the West.”

“The children and I will hold dear our unshakeable belief in goodness, kindness and humanity. We will always remain true to those values,” the Princess concluded.

Her complete statement can be read here.

Haya will be in charge of all education and health matters regarding the children with the Sheikh being kept informed. He will also only be able to contact them through phone calls and messages. The judge said this is after the Sheikh chose to not pursue direct contact with the two children.

Sheikh Mohammed had a statement released on his behalf where he shared his love for his children and denied all accusations. “He maintains his denial of the allegations made in these contentious proceedings,” the statement said.

The Sheikh must provide £554 million for the support of the two children for their long term security and maintenance.