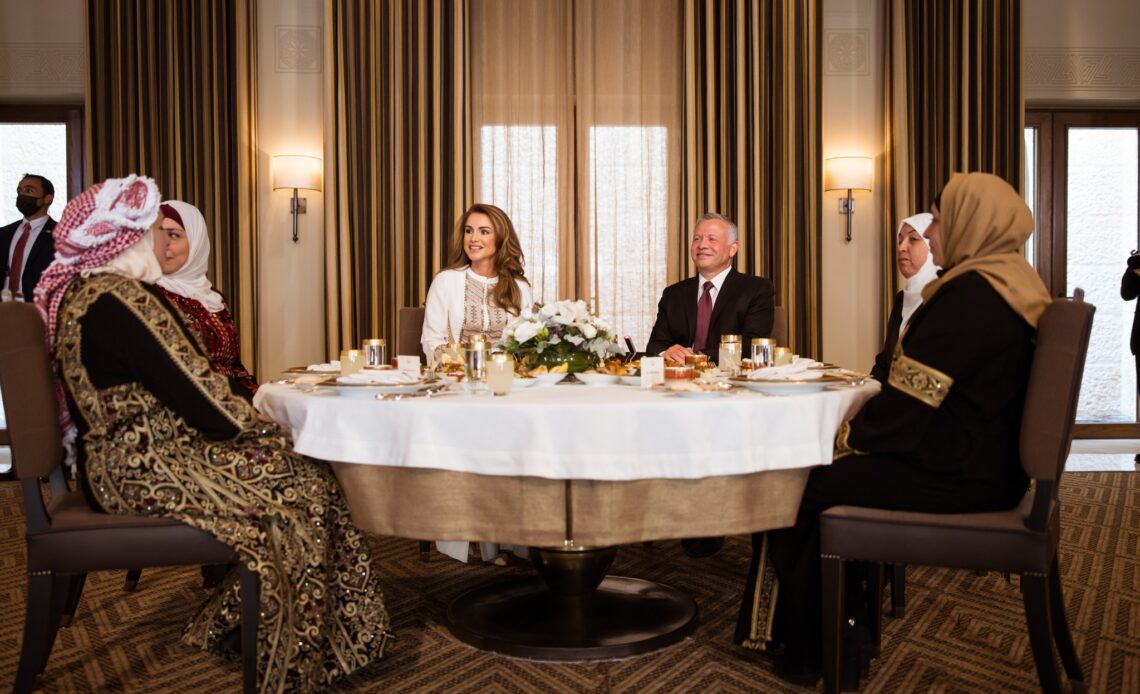 During a meeting with several Jordanian women, King Abdullah and Queen Rania have expressed their best wishes for International Women’s Day.

Their Majesties presided over a meeting for women from several Jordanian governorates, during which the King highlighted the importance of the role women play in society.

King Abdullah underscored the “vital political, economic, and cultural role of women in Jordanian society” while praising their “generosity and achievements.”

His Majesty also highlighted how crucial the role played by women is for the organic development of the entire society through their “innovation and excellence” and the “indelible impact on their communities.”

Queen Rania followed her husband’s remarks by praising his support of women and of the idea that they are capable to “work and excel in several fields.” She also commended the King’s “keenness to create opportunities for all women, and for believing in them as an integral partner in the nation’s progress.”

Her Majesty then directed her words to the women in the room, and, through them, to every woman in the country, and thanked them for their excellence in all sectors, all the while they build families and raise a new generation of Jordanians that will contribute to the transformation of the country.

The event finalised with words from the participating women, who thanked the King and Queen for their support for females and for giving them opportunities to improve their participation in the country’s advancement, as well as declaring their firm commitment to the enhancement of women’s presence in all key sectors of society, all to serve Jordan.

In the Middle Eastern world, Jordan has represented in recent years an oasis of relative stability and progress. Since King Abdullah’s ascension to the throne, society in Jordan has taken on a more Western “flavour,” and that is in part thanks to Queen Rania’s relentless work with the country’s women and youth.