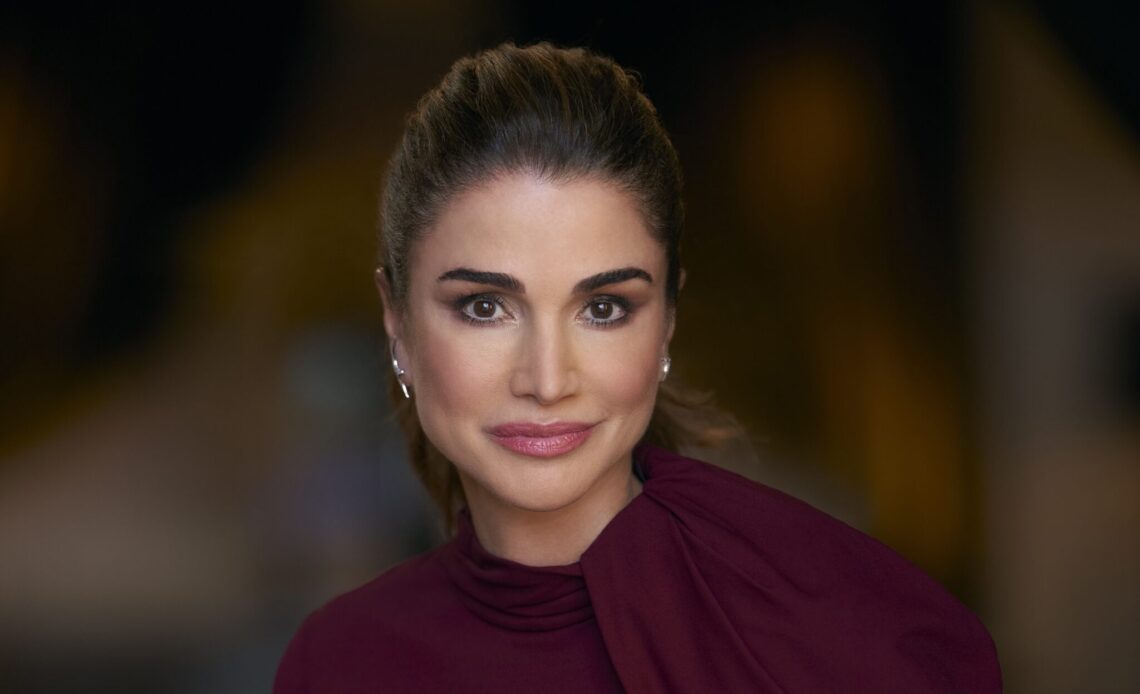 To celebrate Princess Iman of Jordan’s engagement, our summer series focuses on the royal weddings in Jordan. We first take a look at her mother, Queen Rania’s wedding gown.

Then Prince Abdullah married Rania Al-Yassin on 10 June 1993, which was declared a national holiday.

The pair married at Zahran Palace, with royals from all over the world flying in for the event.

For the nuptials, Rania wore a custom-made Bruce Oldfield wedding gown that featured gold floral embellishments and short sleeves. The dress was unique in that it had a jacket that covered the top of the gown and a large belt that held it in place.

It has been said that Oldfield drew inspiration from formal Syrian dresses that were on display at the Victoria and Albert Museum in London to design the royal wedding gown. The gown’s skirt had many folds and featured a long train. The future consort also wore white gloves with her gown.

She wore her hair in a large bun updo with a headband instead of a tiara. The voluminous veil was attached to the headband that matched her white and gold gown. She also wore pearl drop earrings featuring a smaller pearl on the lobe of the ear and a larger pearl dangling while surrounded by diamonds.

Rania had a second gown for the reception and changed her hair into a more elaborate updo. The second gown, also designed by Oldfield, was sleeveless and featured a V-neck. Its design and embroidery matched the gown she wore earlier in the day for the wedding ceremony.

At the time of their marriage, Abdullah was not the Crown Prince of Jordan. Instead, it was his uncle, Hassan. Abdullah’s father, King Hussein did not name him as his heir until right before his death in 1999. Abdullah became King of Jordan on 7 February 1999 and named Rania as Queen on 22 March.