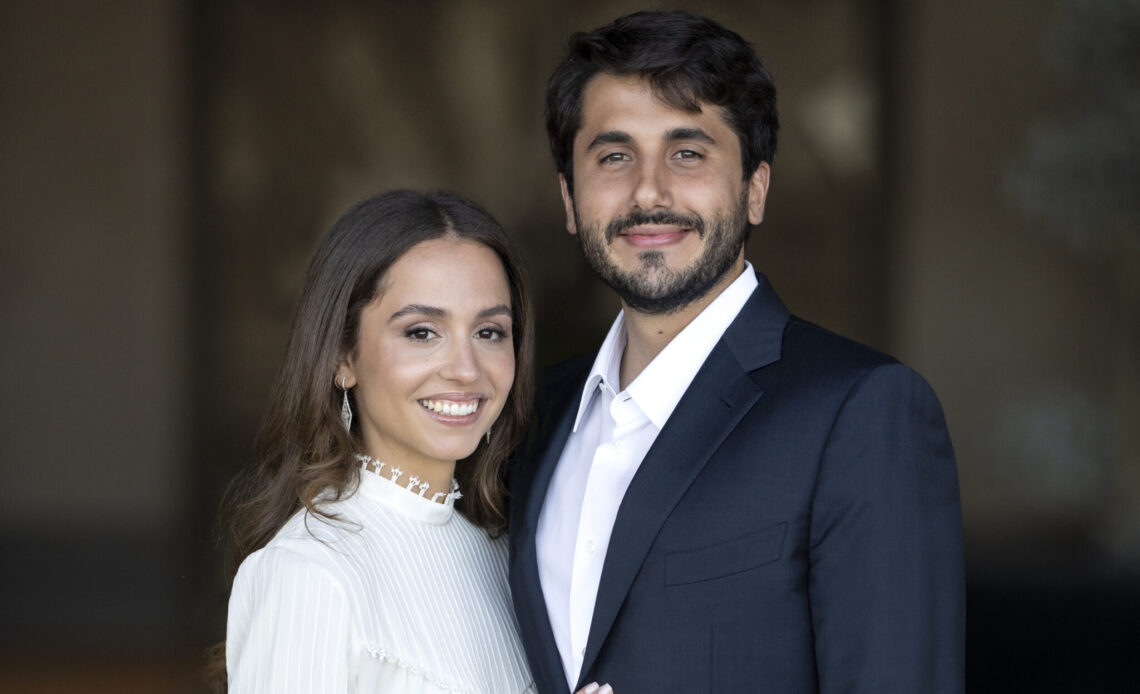 Princess Iman of Jordan announced her engagement to Jameel Alexander Thermiotis on 6 July after becoming engaged the previous day.

Mr Thermiotis proposed with a large diamond ring in the presence of the Jordanian Royal Family.

The Royal Hashemite Court released a photo of the happy couple showing Princess Iman wearing the diamond ring on her right ring finger. The Court has not provided any information regarding the ring.

However, the silver ring appears to be a classic design with a (fitting) princess-cut diamond but with a twist. Instead of the usual vertical arrangement of the diamond, it is placed horizontally on the pavé band.

Iman’s engagement ring is quite different from that of her mother, Queen Rania. King Abdullah proposed to Rania with a large circular diamond ring on yellow gold.

No wedding details have yet been revealed by the Royal Hashemite Court.