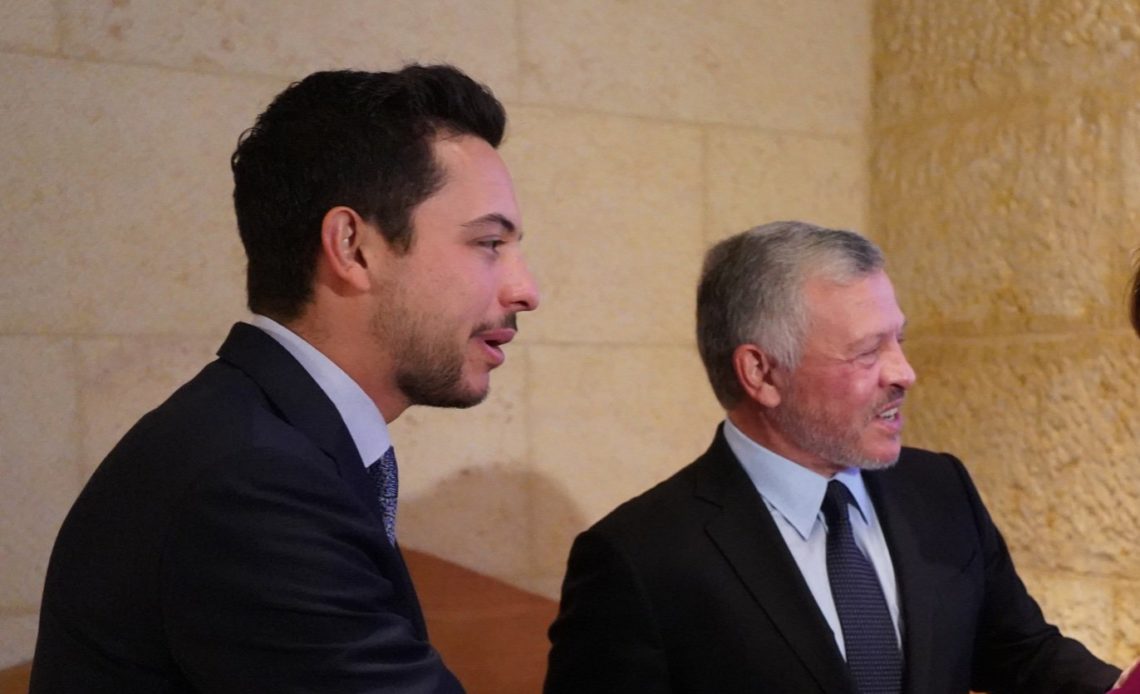 Crown Prince Hussein of Jordan attended the opening ceremony of the first National Youth Dialogue Conference, organised by an initiative of the Jordanian Senate.

His Royal Highness made the 60-kilometre (or 37-mile) journey from Amman to the Dead Sea, where the conference was inaugurated on Sunday, 20 March, in the presence of the President of the Senate, the Minister of Youth, the House Speaker and the Chairwoman of the Senate’s Youth Dialogue Initiative Committee.

During the event, the main goal was to reach out to more of the country’s youth, to hear their voice about engagement in various sectors of society, the opportunities they would like to have and the skills that they can contribute.

Speaking on behalf of the young people assembled at the conference, Lawyer Ruba Al Zyoud highlighted the need of finding new platforms to engage young Jordanians and the urgency of finding ways of widening the reach for education, skills and opportunities.

The conference was organised as an initiative of the Senate’s Youth Dialogue Initiative Committee, with the committee itself being born out of a political desire to create a “public outreach efforts to emphasise young people’s role in the nation’s progress.”

Crown Prince Hussein has long been involved in the fight for a more present youth. Most recently, he opened a Youth Forum in Zarqa on 22 February, during which he encouraged young people to be more involved in the political life of the country, specifically by participating in local and municipal elections that were upcoming.

He was also present a few days earlier as King Abdullah highlighted the importance of youth in boosting the economy of the country and how this objective can only be achieved through wider access to higher education and training, as well as more opportunities to access the job market, which would, in turn, increase Jordan’s competitiveness on the international market.