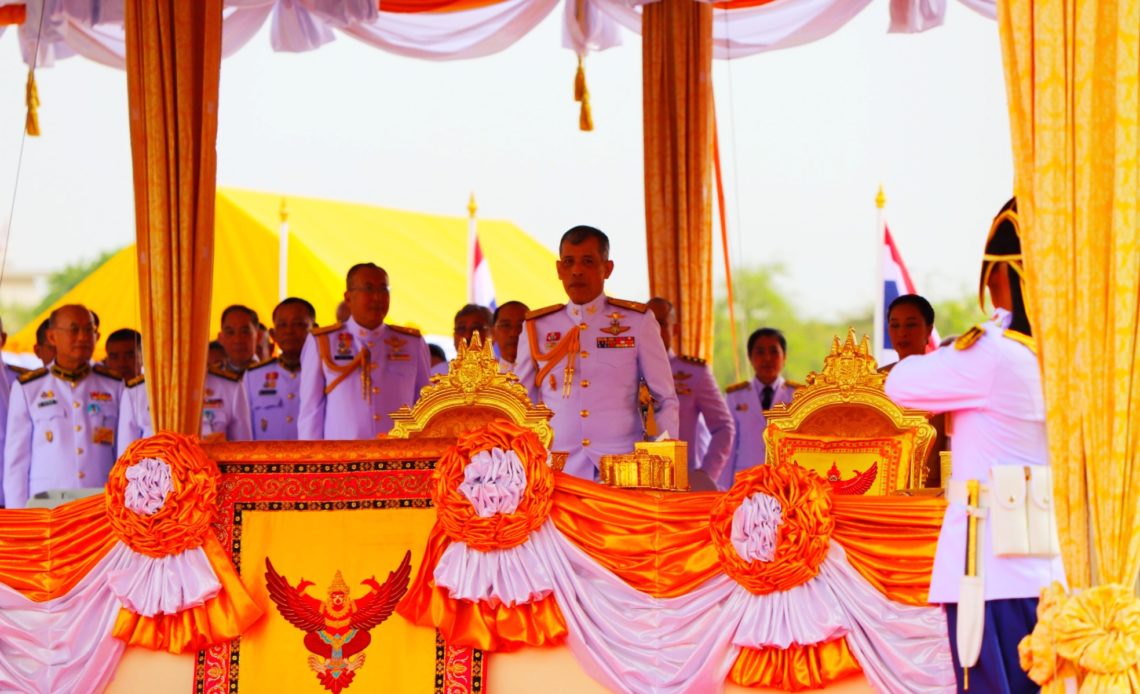 King Rama X has bestowed the title of Royal Noble Consort – the formal title for the chief concubine – on one of his major-generals. This was the first this title has been bestowed since Thailand ceased to have an absolute monarchy. Chao Khun Phra Prayoon Wong was the last to be named Royal Noble Consort in 1921. This tradition was abandoned in favour of having one wife. Kings Rama VI, Rama VII and Rama IV were all monogamous, while King Rama VIII never married.

The King, also known as Vajiralongkorn, bestowed the title of “Chao Khun Phra” to Major-General Sineenat Wongvajirapakdi, on his 67th birthday on Sunday. The televised broadcast of the birthday celebrations showed that Sineenat was bestowed the title while the King anointed her with ceremonial water. His wife Queen Suthida sat next to him as he did so. Sineenat is also a King’s Guard in the Ratchawallop Police Retainers. In addition to her new title, she also received the following decorations: The Most Illustrious Order of Chula Chom Klao, 1st Class; The Most Exalted Order of the White Elephant, Special Class; The Most Noble Order of the Crown of Thailand, Special Class; and Rattanaporn Medal, First Class.

King Rama X is the only son and second of four children of King Bhumibol and Her Majesty Queen Sirikit. The future King was born in Bangkok on 28 July 1952, and he was proclaimed Crown Prince on 28 December 1972. On 3 January 1977, he married his first cousin Princess Soamsawali Kitiyakara. Their only child Princess Bajrakitiyabha was born in 1978. Their divorce was finalised in 1993 and in the meantime, the future King had fathered five children with Yuvadhida Polpraserth – they finally married in February 1994. However, just two years later their marriage turned sour, and they were divorced. Yuvadhida now lives in the United States with her sons. Their only daughter Sirivannavari Nariratana was named a Princess and remains in Thailand. On 10 February 2001, he remarried to Srirasmi Suwadee, and their only child Prince Dipangkorn Rasmijoti was born in 2005. This marriage too ended in divorce in 2014, and Srirasmi Suwadee relinquished her royal titles.