King and Queen of Thailand meet the Pope 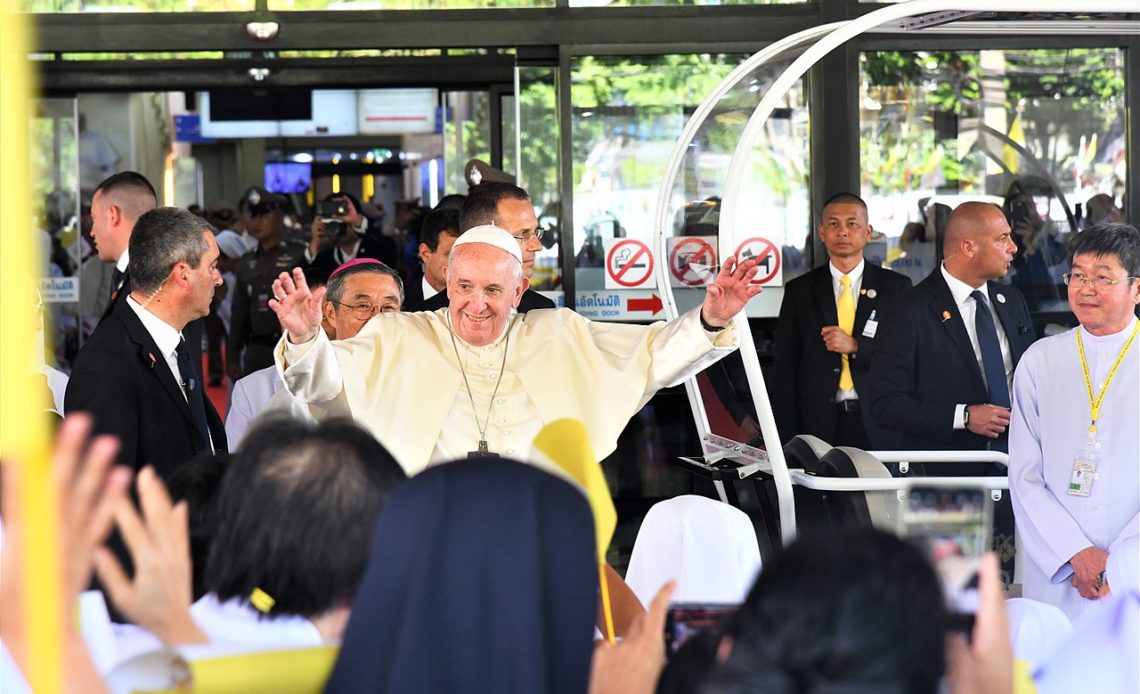 Pope Francis was greeted at the Palace entrance by the King and Queen. They shook hands, engaged gifts and had a brief conversation. He also visited Wat Ratchabophit Sathit Maha Simaram, an important Buddhist temple in central Bangkok, and met with Patriarch Somdej Phra Maha Muneewong.

The Pope is currently on a seven-day tour of Asia, which began with a three-day visit to Thailand on 20 November. He is the first Pope to visit Thailand since Pope John Paul II in 1984. In a speech on Thursday at Government House, the Pope said his visit was “a sign of the importance and urgency of promoting friendship and interreligious dialogue, also in the service of social harmony and the building of just, responsive and inclusive societies.”

Ahead of the tour, Pope Francis said in a video message, “I hope to strengthen the bonds of friendship that we share with many Buddhist brothers and sisters, who bear eloquent witness to the values of tolerance and harmony that are so characteristic of your people.”

Thailand is overwhelmingly Buddhist with Catholics and other Christians ranking at just over 1% of the population.

Pope Francis also spoke about the issue of human trafficking in Thailand in his speech. “Here I think of all those women and children of our time, especially those who are wounded, violated and exposed to every form of exploitation, enslavement, violence and abuse.” He called on Thailand and other countries in the region to respect human rights.