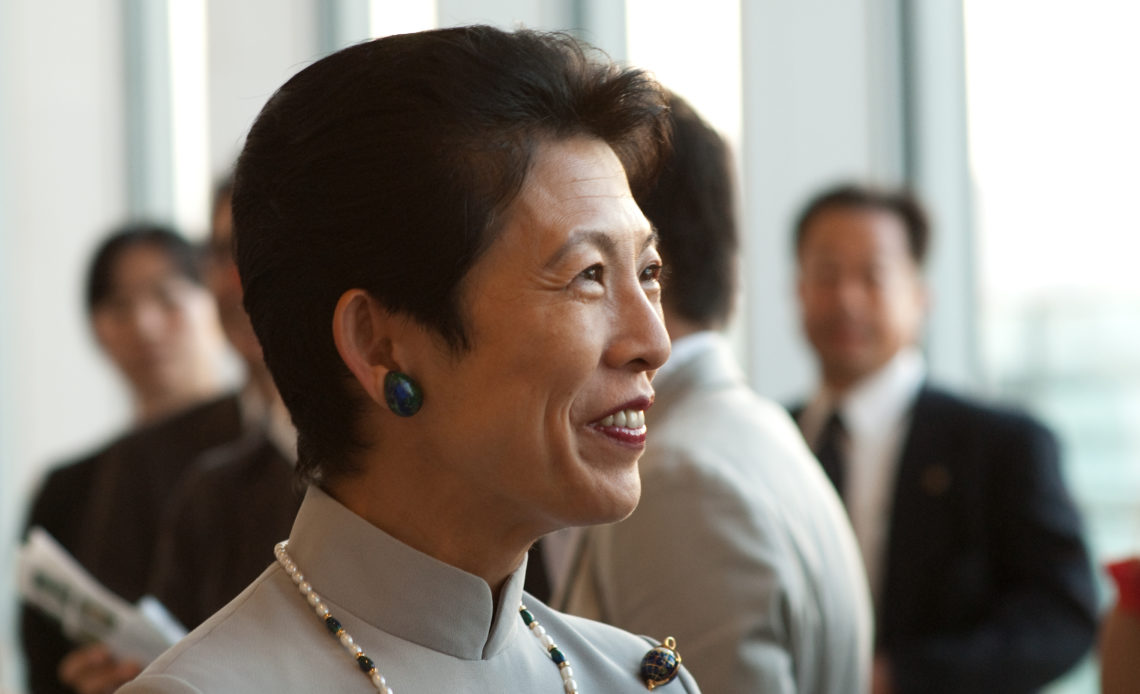 Her Imperial Highness Princess Takamado of Japan is currently on an unofficial visit to Canada to mark the 90th anniversary of diplomatic relations between Japan and Canada.

The visit, which lasts from 23 August until 2 September, has been full of public events despite its unofficial status. The Princess was received at the Rideau Hall, Ottawa, by Governor General Julie Payette, who is The Queen’s representative as Canada’s monarch.

Her Imperial Highness Princess Takamado of Japan visited @RideauHall, marking the 90 year anniversary of diplomatic relations between ?? and ??. Mount Fuji, seen in this image from space, will be one of the amazing Olympic venues where thousands of athletes will compete in 2020. pic.twitter.com/PkwrHmf8kt

Princess Takamado arrived on Prince Edward Island, for her first visit since 2004, on the evening of 27 August, and she was received by representatives from the federal, provincial and municipal governments. While on the island, Her Imperial Highness was present to mark the opening of the new Montgomery Park, with a statue dedicated to author Lucy Maud Montgomery.

The Princess, who is the international patron of the Lucy Maud Montgomery Institute, said at the opening: “The novels of Ms. Montgomery have managed to capture the imagination of so many people around the world and Anne of Green Gables has continued to give hope and encouragement to many.

“The power that rests in rich vocabulary, it’s potential to comfort and encourage — but also to hurt. And that is a lesson we should all take to heart … and today, when the world is subject to so much divisiveness this homage to Lucy Maud Montgomery is most timely and relevant.

“I think that we may say that although we differ physically, Canada and Japan are indeed kindred spirits.”

Her Imperial Highness Hisako, Princess Takamado was born on 10 July 1953 and joined the Imperial Family of Japan in 1984, when she married Norihito, Prince Takamado. The Prince, who died in 2002, was a first cousin of Emperor Emeritus Akihito.

Princess Takamado, together with her last husband, were ones of the most known representatives of the Japanese Imperial Family abroad. The couple had three daughters who, according to the Imperial Household Law of 1947, have no succession rights to the Imperial Throne, and the two youngest have already ceased to be princesses as they have married commoners.