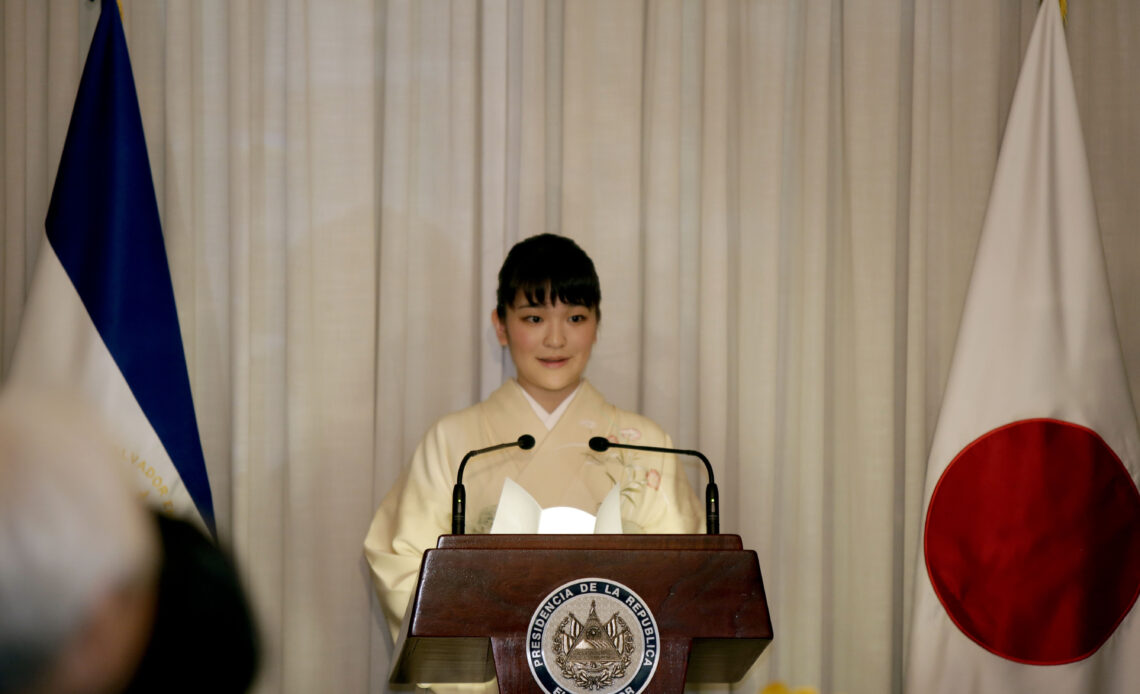 Japan’s Princess Mako was subjected to long periods of slander that led to her post-traumatic stress disorder.

According to psychiatrist Tsuyoshi Akiyama of NTT Medical Center Tokyo, who diagnosed the Princess, Mako was “subject to prolonged and repetitive instances of what she felt as slander against her and her family as well as her future husband and his family, and she had been unable to escape from it.”

Mako found it challenging to correct what was written and said about her. She also felt that she was losing her human dignity while also feeling worthless at times. Akiyama said a problem was that her desire to “live a peaceful and happy life after marriage” was unattainable. This began in 2018 and 2019.

Reportedly, Princess Mako also suffers flashbacks over the slander and “feels pessimistic and finds it difficult to feel happy due to the persistent fear of her life being destroyed.”

Thus, the psychiatrist diagnosed Mako with complex PTSD, which develops as a response to repeated trauma experiences like verbal abuse and cyberbullying.

Tsuyoshi Akiyama revealed the information at a press conference on 1 October with the Imperial Household Agency when the date of Princess Mako’s wedding to Kei Komuro was announced. The pair will wed on 26 October.

Additionally, an aide to Mako’s father, Crown Prince Akishino, Takaharu Kachi, apologised at the press conference for not providing enough support: “After hearing the diagnosis, my heart aches as a person in a position to offer support. I wonder if my support was sufficient, and I feel apologetic. I would like to make a renewed effort to fulfill my duties.”

Because of the financial controversy surrounding Komuro’s family, the traditional wedding ceremonies will not be held. Mako’s father, Crown Prince Akishino, believes that since many Japanese people do not support the union, the imperial ceremonies should not be held. A close friend of his said that not allowing these rites is “almost equal to disowning Princess Mako” for the heir to the throne. However, in November 2020, he shared his support for the marriage.

The couple will hold a joint press conference on 26 October to share their feelings and will register their marriage before relocating to the United States. Komuro is employed in a New York law firm.