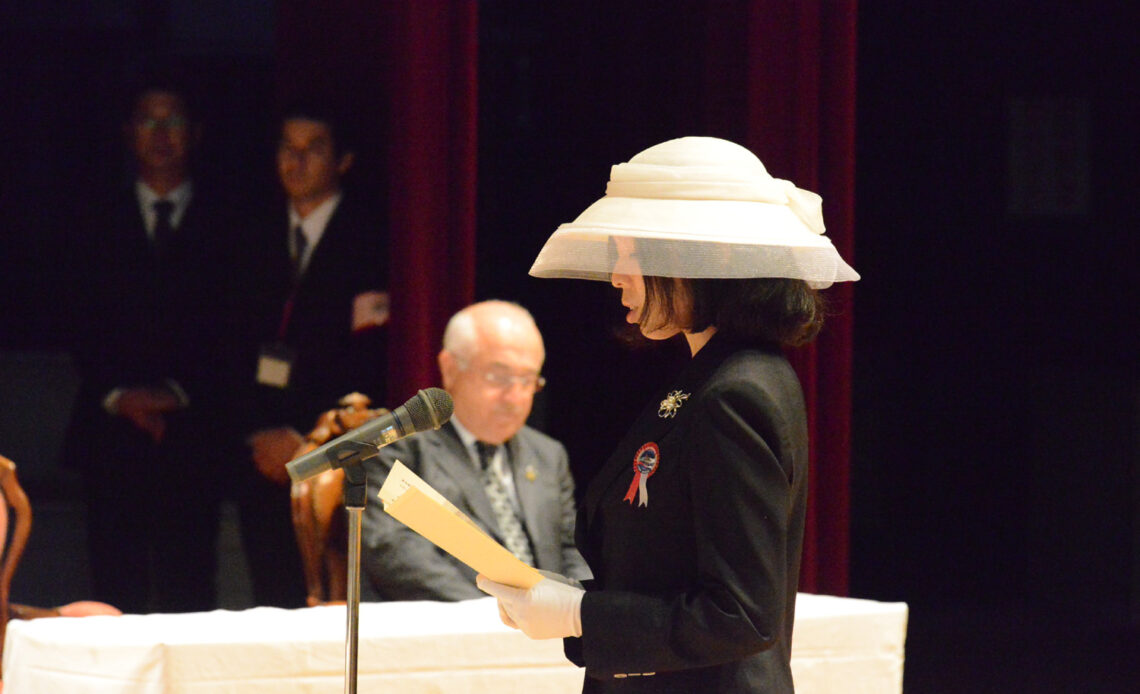 Princess Akiko of Japan has become patron of the Japan-British Society, the Japanese Imperial Household and the press office for the Society have announced.

The Princess attended a Bansan party hosted by the organisation, and on that occasion, she was asked by the Society to become their patron.

The Japan-British Society had been without an imperial patron since 2012 when Prince Tomohito passed away. His Imperial Highness had held the position since October of 1984.

Princess Akiko was selected not only because she is the daughter of the previous patron but also because in 2001-2002 she spent one year of her university studies at Merton College, in Oxford, before graduating with a major in Japanese art history.

She returned to the storied British university in 2004 as a doctorate student in Oriental Studies, graduating with a dissertation on William Anderson, a British surgeon who taught anatomy in Japan, and became an avid Japanese art collector.

The Japan-British Society was created in 1908 to deepen the knowledge and understanding between the two countries, following the signing, six years earlier, of the Anglo-Japanese Alliance, which at first was an alliance with mere military aims.

In 1910, after Prince Fushimi Sadanaru had travelled to the United Kingdom in 1907 to personally give thanks to King Edward VII for bestowing him the insignia of the Order of the Garter, the Japanese royal became the first imperial patron of the Society.

Since then, the role has been occupied by Prince and Princess Chichibu, and then by Prince Tomohito, who himself was a student at Magdalene College, Oxford University.

Princess Akiko is then just the fifth patron in 104 years of history of the Society, a role that must fill her with pride, as well as playing a key part in the ever-crucial diplomacy.

Princess Akiko was born on 20 December 1981, the eldest of two daughters of Prince Tomohito and Princess Nobuko.