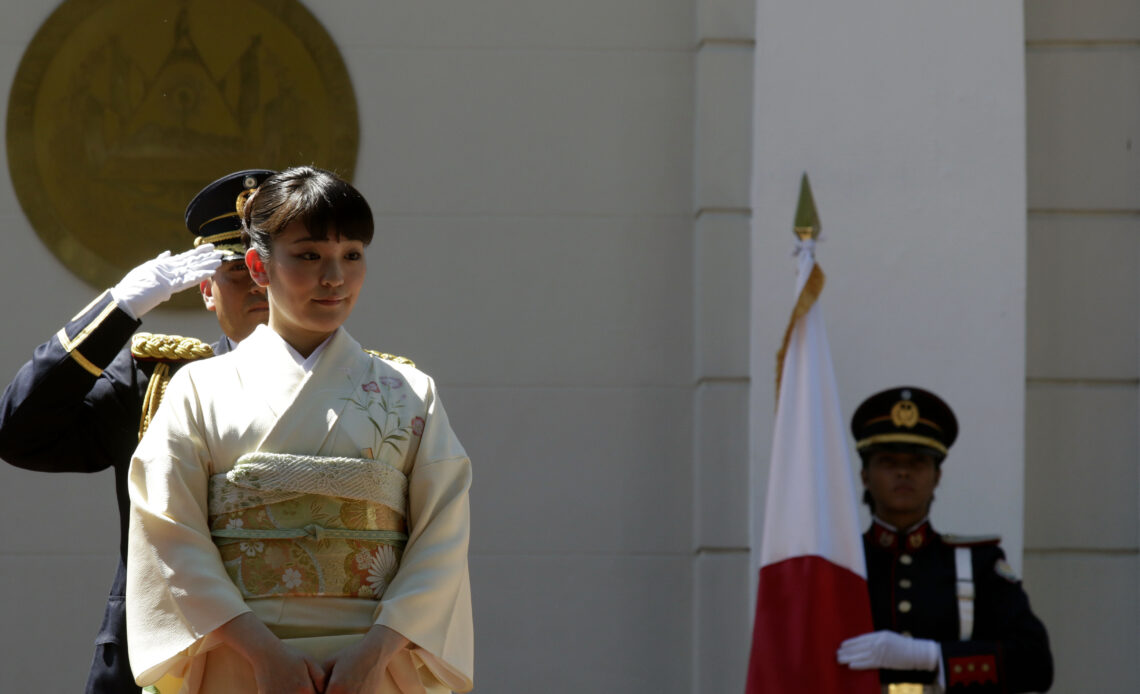 The Grand Steward of the Imperial Household Agency has asked for privacy for Mako Komuro (formerly Princess Mako) and her new husband, Kei Komuro.

The Grand Steward, Yasuhiko Nishimura, spoke at a news conference on 28 October – two days after the couple’s marriage – to request privacy. He said: “I would be grateful if everyone could cooperate with us so that she can live in a quiet environment.”

He asked that her privacy be respected as she is now a private citizen and no longer a member of the Imperial Family. She is set to move to New York with her husband in the near future, where he is employed at a law firm.

The Grand Steward was asked about the press conference the couple gave on their wedding day and Mako’s remarks at that time. “While she was not in perfect health, she sincerely expressed her thoughts on marriage in her own words. As a person who has supported her, I feel very sorry for the extent of the pain she has suffered,” he said.

He was also questioned on the fact that Mako and Kei chose to distribute written answers to five questions instead of a usual question and answer session. The choice was made in consultation with Mako’s doctors, who had diagnosed her with complex PTSD due to the public and media pressure and harassment over her in-law’s financial situation.

Yasuhiko Nishimura remarked: “It’s unfortunate, but I think it was unavoidable.”

The former Princess Mako and her college sweetheart, Kei Komuro, married in a private ceremony on 26 October. According to Japanese law, she had to renounce her royal titles and give up her place in the Imperial Family upon marriage to a commoner.