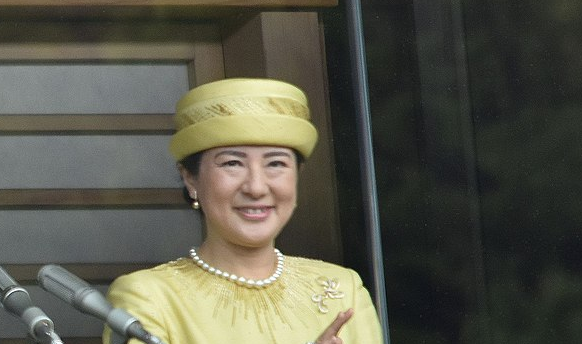 Empress Masako of Japan has concluded this year’s silk farming. The Empress took part in the tradition for the first time this year – since becoming Empress of Japan last year when her husband, Emperor Naruhito succeeded his father, Akihito, who abdicated in his favour.

Silk farming has been a tradition passed down since the late 19th century in Japan, and Empress Masako was happy to continue the tradition this year. She did not take part in 2019 due to the many ceremonies and events surrounding her husband’s ascension to the throne.

The silk farming ended on Friday with the Empress bowing at the Momijiyama Imperial Cocoonery on the grounds of the Imperial Palace in Tokyo. The Imperial Household Agency said Her Imperial Majesty fed shredded mulberry leaves to the silkworms, as well as collecting 30 kilograms of cocoons.

The silk production season began in May while COVID-19 was significantly impacting Japan and while considerable restrictions were in place. As a result, the Empress only had one assistant instead of the usual five while raising the only indigenous silkworm to Japan, the Koishimaru.

The beginning of the season is marked by the “Goyosan Hajime no Gi” ceremony, and the Empress fed mulberry leaves to the silkworms on that occasion. The ceremony was closed to the public.

The Empress travelled to the Imperial Palace six times to check on the silkworms and was accompanied once by her husband.