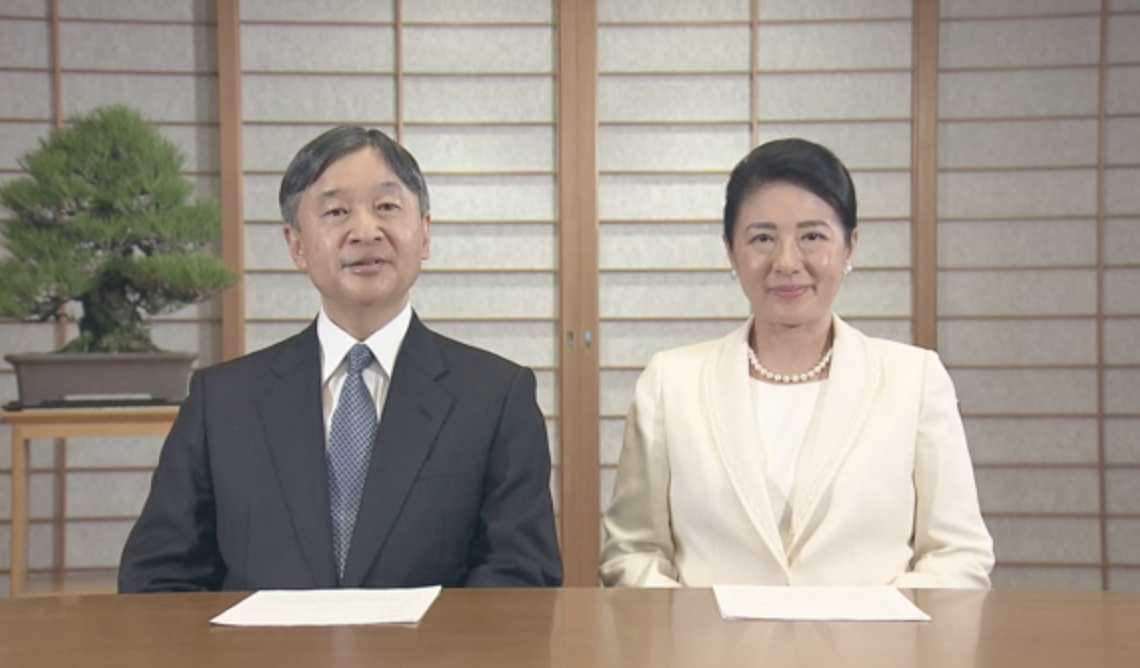 Emperor Naruhito of Japan has addressed the Japanese people through a video instead of the traditional balcony appearance at the Imperial Palace.

The video was recorded on 28 December and was released to prevent too many people from gathering as the global health crisis continues into the third year. His Imperial Majesty had to release a video for New Year’s Day 2021 as well due to the same reason.

The Emperor was joined by his wife, Empress Masako, who also gave brief remarks to the Japanese public.

Emperor Naruhito focused on the global health crisis and shared his thoughts for those who have been affected by the pandemic. He also thanked medical professionals and first responders who have sacrificed over the past three years.

The Emperor said he was thankful that infection rates in Japan had gone down due to high vaccination rates in the country and the efforts of the people. He went on to express his sadness that there are people outside of Japan who cannot receive the vaccine or good treatment for COVID-19.

His Imperial Majesty shared his hope that the world would overcome the pandemic soon and said: “We are looking forward to the day when the spread of the new coronavirus infection has subsided, and we will be able to meet you again.”

Emperor Naruhito also mentioned the 10th anniversary of the Great East Japan Earthquake in 2021 and how reconstruction was continuing well. He also spoke about the Tokyo Olympic and Paralympic Games, saying that they gave “people courage and hope.”

He concluded by telling the people, “I sincerely hope that this year will be a good year for you to move forward with bright hopes and dreams. We pray for the happiness and peace of our country and the people of the world in the New Year.”

Empress Masako then spoke briefly about how last year was difficult and how her thoughts are with those suffering in the cold. She concluded by saying: “We hope that you will take good care of yourself. I sincerely hope that this year will be a calm and fruitful year for all of you.”

A video of his and Empress Masako’s speech can be seen here (in Japanese).