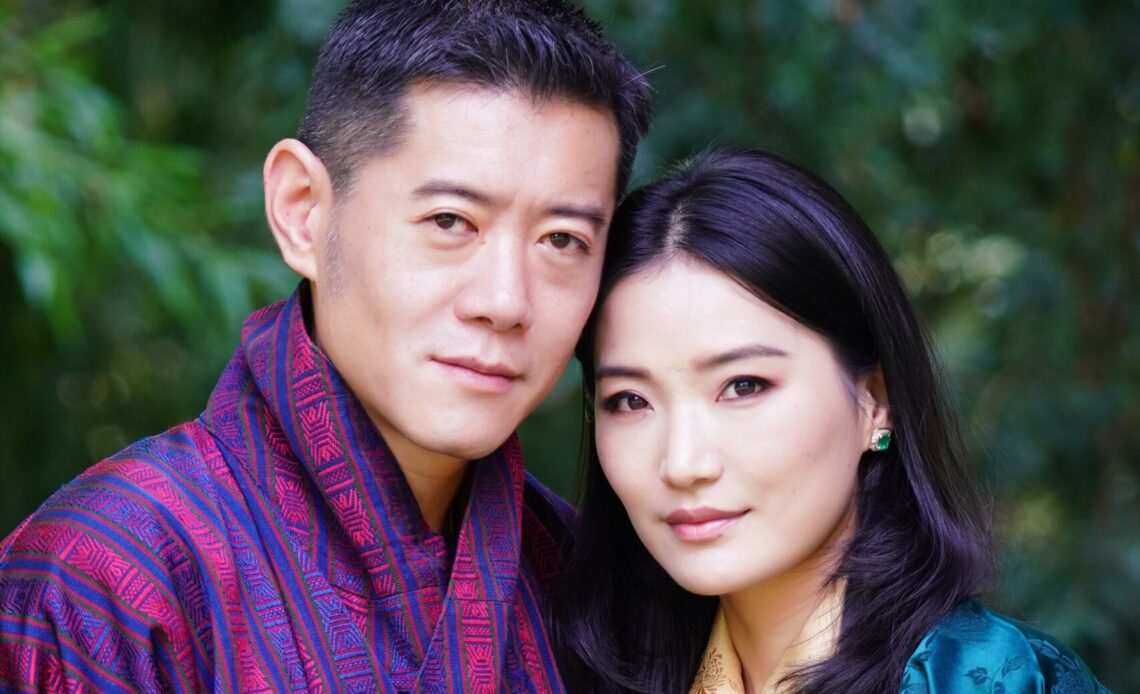 The two images were taken at Lingkana Palace, the King and Queen’s residence in Bhutan’s capital of Thimphu.

It was initially thought that the royals were not going to release any new images to celebrate the day after they shared a new family photo at the beginning of the month. However, late on Wednesday, 13 October, the Royal Office for Media released the two new photographs of Their Majesties.

The pair wed on 13 October 2011 at the administration centre, Punakha Dzong, in Punakha. The King and Queen married in a traditional Buddhist ceremony and had received blessings from the holy relic of Shabdrung Ngawang Namgyal ahead of their wedding.

Public celebrations took place for several days in Bhutan. The Bhutanese government declared 13-15 October as national holidays, and the King and Queen greeted people in the capital of Thimphu on the 14th. The following day they attended a public celebration at the Changlimithang Stadium in the city.

King Jigme Khesar has been on the throne since his father, Jigme Singye Wangchuck, abdicated on 9 December 2006.