The remains of His Majesty Victor Emmanuel III King of Italy, King of the Albanians and Emperor of Ethiopia, and his wife, Queen Elena, was on Friday of last week returned to Italy from Egypt where the King had rested since his death in 1947. Elena died in 1959, and her remains had lain in Montpelier in France. Both His Majesty and Her Majesty were transported with an Italian Air Force military plane.

The King and Queen were reburied at the Sanctuary of Vicoforte, near the Piedmont town of Cuneo. The grandson of His Majesty King Umberto II, Emanuele Filiberto, told the Italian press recently that he believed the right place for the remains of former Italian kings was the Pantheon in Rome. Viktor Emmanuel was until 17 December buried behind the altar of the Catholic Church of Mansheya, devoted to Catherine of Alexandria.

His Majesty King Victor Emmanuel III reigned as King of Italy from 1900 to 1946. He died in exile in Egypt in 1947. Italy’s post-war constitution banned male descendants of the royal House of Savoy from visiting Italy because of the family’s support for Mussolini. The ban was lifted in 2002.

Victor Emmanuel III was the King of Italy from 29 July 1900 until his abdication on 9 May 1946. In addition, he claimed the thrones of Ethiopia and Albania as Emperor of Ethiopia (1936–41) and King of the Albanians (1939–43). He was called by the Italians Il Re soldato (The Soldier King) for having led his country during both the world wars. 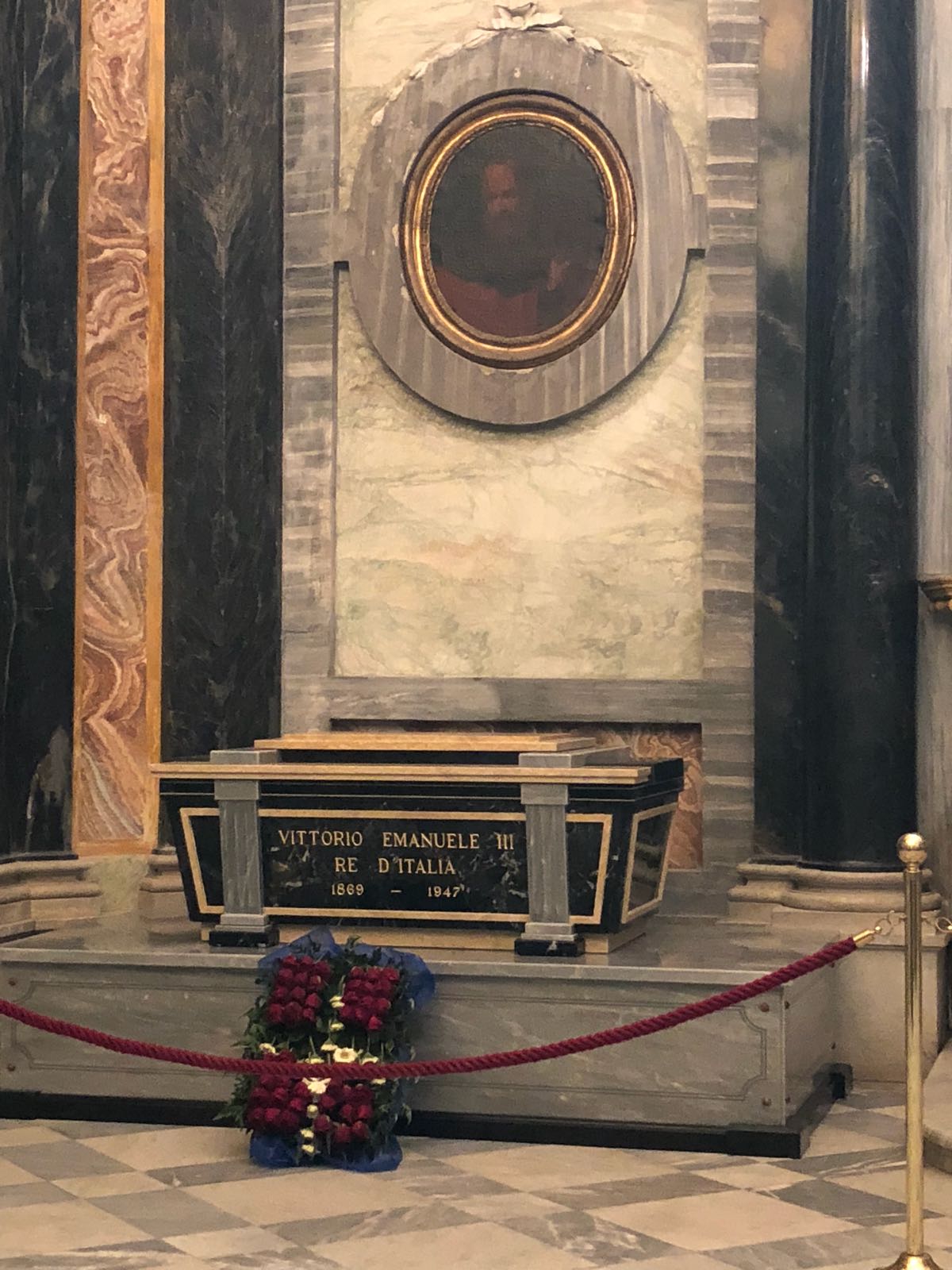 Tomb of Victor Emmanuel III at the sanctuary of Vicoforte. Photo: Fabio Daziano via Wikimedia Commons.