Archduchess Maria of Austria has died

Funeral arrangements for the Archduchess have not yet been announced.

Kreuzwertheim Castle, residence of the princes of Löwenstein-Wertheim-Freudenberg since 1736. Photo: Tilman2007 via Wikimedia Commons. 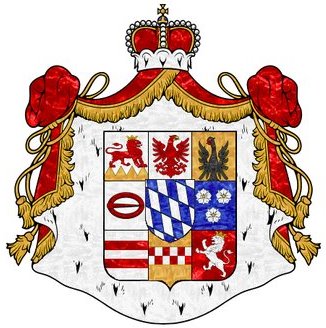 When neither Emperor Joseph I nor Emperor Charles VI produced a son and heir, the Pragmatic Sanction of the House of Habsburg in 1713 left the throne to their unborn daughter, Maria Theresa. In 1736 Emperor Charles arranged her marriage to Francis of Lorraine. This marked the new House of Habsburg-Lorraine. The Habsburg-Lorraine dynastic union survived the War of the Austrian Succession.

Apart from the core Habsburg dominions, including the triple crowns of Austria, Hungary, and Bohemia, several junior branches of the House of Habsburg-Lorraine reigned in the Italian duchies of Tuscany (until 1860), Parma (until 1847) and Modena (until 1859). Another member of the house, Archduke Maximilian of Austria, was Emperor of Mexico (1863–67).