Princess Eugenie shares photo of her little monster for Halloween 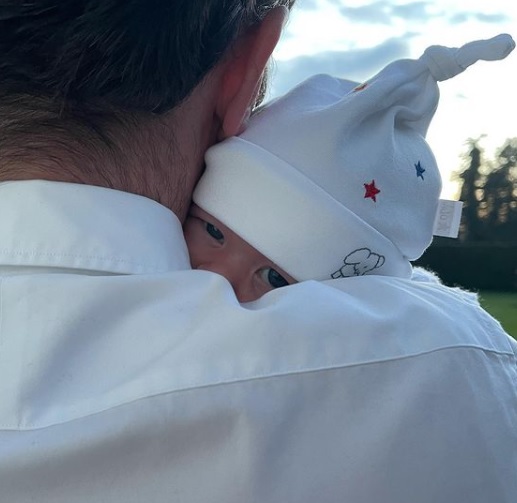 Princess Eugenie caught the Halloween spirit yesterday, sharing snaps of her infant son dressed up in costume to her personal Instagram account.

Eugenie’s son, August Brooksbank, is seen in a tiny blue monster costume in the snap, with his mother captioning it, “wonder what they are talking about.” It appears as though he’s peeking into something that resembles a Minion from the Despicable Me movie franchise.

In her Instagram Stories, Eugenie shared a video of eight-month-old August crawling around, captioning it “At least my little Halloween monster is scary,” following a Story of her attempt at a ‘scary’ pumpkin.

Eugenie’s brother-in-law, Edoardo Mapelli Mozzi, commented on the picture with the crying laughing emoji and a red heart. Edo is a new parent to August’s first cousin, Sienna Elizabeth, born on 18 September in London.

August has yet to appear in an official portrait aside from the one shared shortly after his birth, but his doting mother does share pictures of his partially obscured face on her Instagram from time to time.

On Father’s Day, she shared a picture of her husband Jack pushing a pram with the caption, “Happy Father’s Day to you, my love.. you are the ultimate father to our boy!!”

For Jack’s birthday in May, she shared a picture of the father and son, with August’s back on display and his sweater embroidered with his name.

August Philip Hawke Brooksbank was born 9 February in London and is currently 11th in line to the throne.