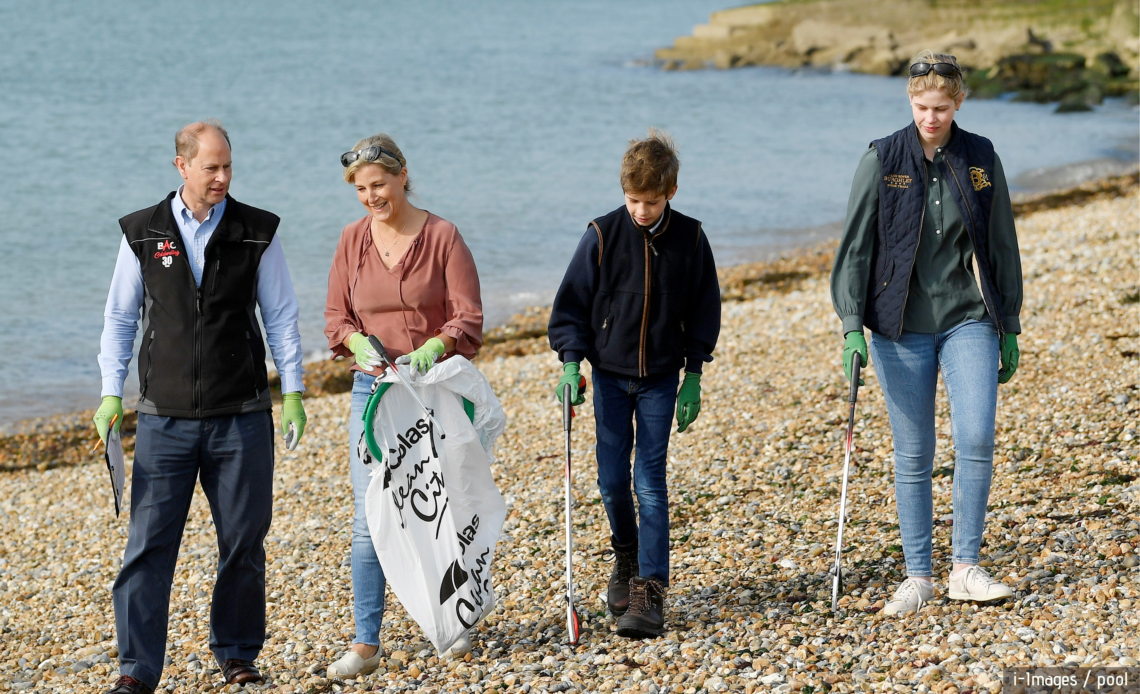 The Earl and Countess of Wessex were joined by their two children, Lady Louise and James, to pick up litter on a Portsmouth beach on Sunday.

Despite it being a difficult time for The Royal Family with a lack of engagements, Edward and Sophie were in high spirits as they helped tackle ocean pollution.

Their Royal Highnesses arrived at Southside Beach to clean the shore as part of the Great British Beach Clean – an initiative led by the Marine Conservation society.

For the past 26 years, it has been leading the way in tackling ocean pollution, with around 319 tonnes of rubbish being collected by volunteers over the years.

This was a rare joint appearance for the Wessex Family, with Lady Louise and Viscount Severn joining their parents.

Lady Louise Windsor, 16, has joined her parents on a number of engagements in the past, with younger brother James, 12, only making the occasional public appearance.