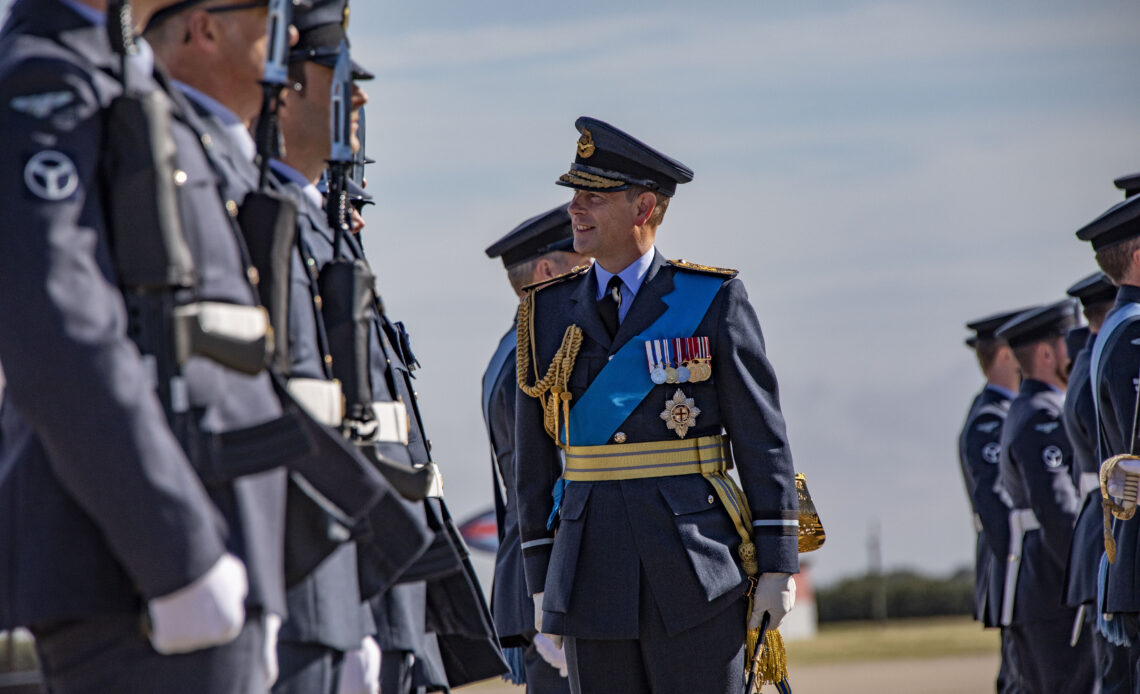 Prince Edward, the Earl of Wessex, visited RAF Waddington on Wednesday, 28 September, to mark the retirement of the E-3D Sentry from RAF service after 30 years. A Royal Parade was held along with a flypast conducted by an 8 Squadron E-3D Sentry.

The aircraft has seen extensive use during operations with the North Atlantic Treaty Organization (NATO). These operations range from countering narcotic drug operations in the Caribbean to Operation Iraqi Freedom. Launched in 2003 by former U.S. President George W. Bush, the operation was aimed at ridding Iraq of dictator Saddam Hussein and eliminating his ability to use weapons of mass destruction. In more recent years, the aircraft was employed on Operation Fortis, the opportunity for the Royal Navy to return to the role of big global deployments.

The Officer Commanding 8 Squadron, Wing Commander Victoria Williams, the parade’s commander, said: “The parade has provided a fitting send-off for an iconic aircraft, the day is clearly an emotional one, but we are all incredibly proud of what has been achieved over the last 30 years.

“The commitment and output provided to UK Defence and NATO has been exceptional, and I know that 8 Squadron will be looking forward to transitioning to the E-7 Wedgetail in due course.”

After the event, the Earl visited the Lincolnshire & Nottinghamshire Air Ambulance (LNAA) to open its new Headquarters on the A15 Sleaford Road (next to RAF Waddington) and inspect the Air Ambulance’s new helicopter. During the visit, His Royal Highness spoke to volunteers, staff, and crew about their vital, lifesaving working.