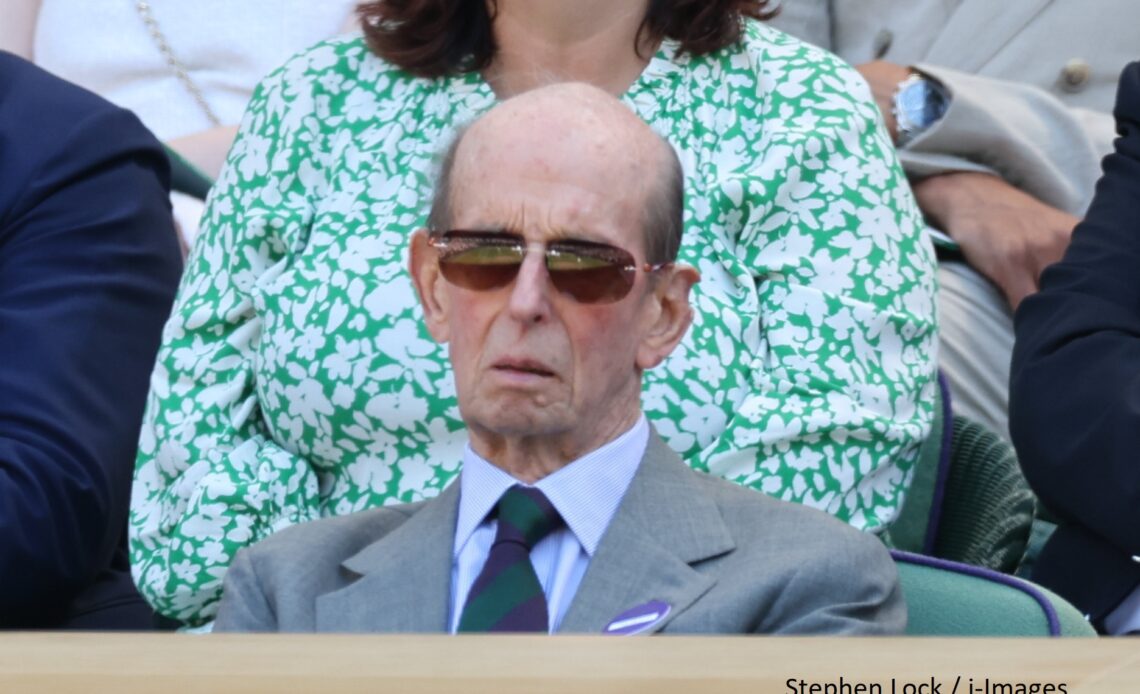 The Duke of Kent was given a warm welcome to the All England Club when he took his seat in the royal box on Centre Court for the first time this year.

The Duke, who retired as President of the Club in 2021, was at Wimbledon on the afternoon that Britain’s top male player, Cam Norrie, got ready to take on Novak Djokovic in the semi-finals of the Singles compeition.

Prince Edward, 86, has always been a regular presence at the Championships but hadn’t been spotted there in 2022 until his arrival there on July 8 2022. His son, the Earl of St. Andrews, also attended.

Also in the royal box was the Duchess of Gloucester, who is celebrating her 50th wedding anniversary. Princess Beatrice and her husband. Edoardo Mapelli Mozzi, were also present as was Princess Michael of Kent.

The Duke of Kent served as President of the All England Club from 1969 until 2021. He took the role over from his mother, Princess Marina, who carried out her final public engagement at Wimbledon in July 1968. Soon after presenting the trophies that year, she was diagnosed with an incurable brain tumour and died just a few weeks later.

Since then, the Duke has often handed out the prizes at the Championship. He presided over his last presentation ceremony in July 2021.

The Duchess of Cambridge is set to present the trophies to the winners at this year’s competition.