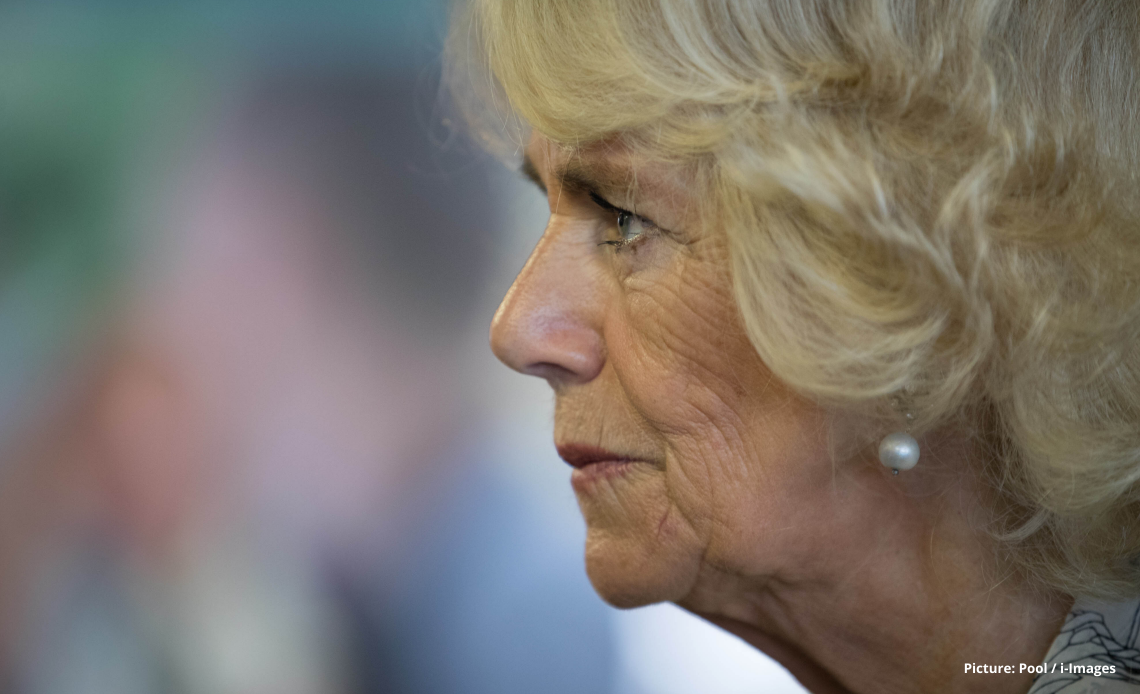 On Wednesday, the Duchess of Cornwall paid tribute to women who lost their lives to violence by delivering a major speech at the Shameless! Festival – an event aimed at raising awareness of violence against women and girls. As part of the visit, Camilla delivered a rousing speech – one that many royal experts have described as being “the speech of her life.”

The Duchess has once again proved she is ready to take on the role of Queen Consort when the time comes. The 74-year-old gave a poised, intelligent, and informative speech on perhaps what might be one of the most talked-about topics in the world. If you were to go back in time about just a few years, it’s unlikely a member of The Royal Family would speak so publicly or advocate at such an extensive level on such a difficult and important subject.

The Duchess read several statistics during her speech, such as the fact that on average, one woman is killed by a man every three days. She also noted a national crime survey that showed 86% of young women who were sexually harassed in public places didn’t report it. Instead of scorning society, what really stood out is that the Duchess called on society to work together rather than separating the issue between genders.

“We do not, in any way, hold all men responsible for sexual violence. But we do need them all on board to tackle it. After all, rapists are not born, they are constructed.

“And it takes an entire community – male and female – to dismantle the lies, words and actions that foster a culture in which sexual assault is seen as normal, and in which it shames the victim.

“So let us all leave here today and try and get the men in our lives to participate in building a shameless society.”

Camilla has been subject to many negative headlines throughout her life. Whether one agrees with them or not is immaterial. The people who are still obsessed with the events of 30 years ago need to move forward and think about how she’s using her title and patronages to change and inspire the world for the better.

The Duchess is proving that she is more than just a woman in the headlines who happens to have a royal title. She’s proving she can make informative speeches about today’s issues, and come up with reasonable and workable ways for society to come together and solve them. While hopefully, it will be a long time before she becomes Queen Consort, Camilla is proving she can carry the nation with dignity, and that her job is more than just a title that came with her marriage.