Prince Charles arrives in Kuwait following the death of the Emir 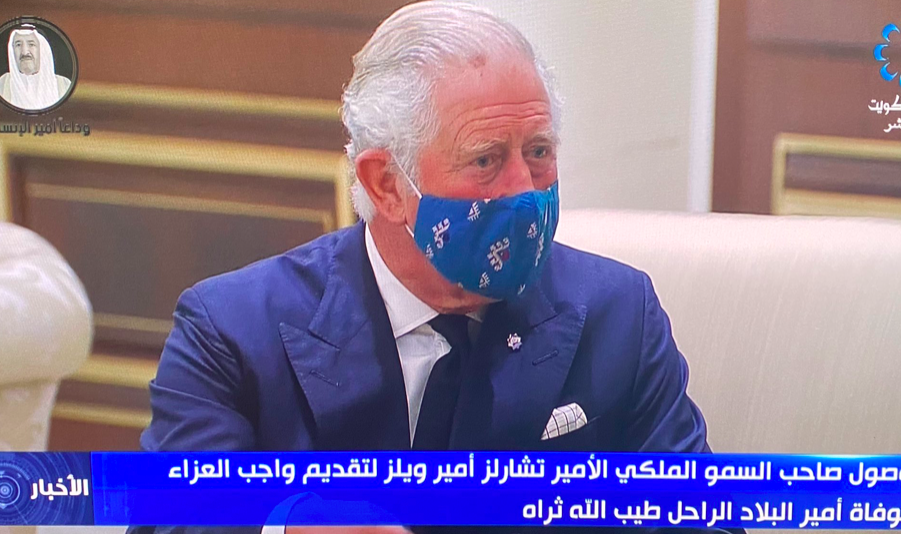 The Prince of Wales has arrived in Kuwait to pay his respects to Sheikh Sabah Al-Ahmad who died last month at the age of 91.

Sheikh Sabah Al-Ahmad was Emir of Kuwait for 14 years and has been succeeded by his half-brother Sheikh Nawaf Al-Ahmad.

Prince Charles has flown to the Middle Eastern country following a request from the British government.

The Prince of Wales was greeted at the airport upon arrival by Minister Sheikh Ali Jarrah Al-Sabah.

He later met with National Assembly Speaker, the Prime Minister, and other senior officials to express condolences on behalf of the British people.

Tributes have poured in to for the late Emir from across the globe.

Queen Elizabeth II said in a message to the newly installed Emir: “I offer Your Highness my sincere condolences. I offer also my sympathy to the people of Kuwait. May the long history of close companionship between our two families continue.”

King Willem-Alexander and Queen Máxima of the Netherlands released a message saying: “It is with great sadness that we learned of the passing of His Highness Sheikh al-Sabah. On behalf of the people of the Kingdom of the Netherlands, we convey our deepest sympathy to the people of Kuwait at this time of sorrow. Sheikh Sabah al-Sabah will be dearly missed.”

The short notice visit to Kuwait is likely to cost British taxpayers a six-figure sum.

When Prince Charles traveled to Oman earlier this year to pay his condolences following the death of Sultan Qaboos bin Said, the private charter flight cost £210,345.