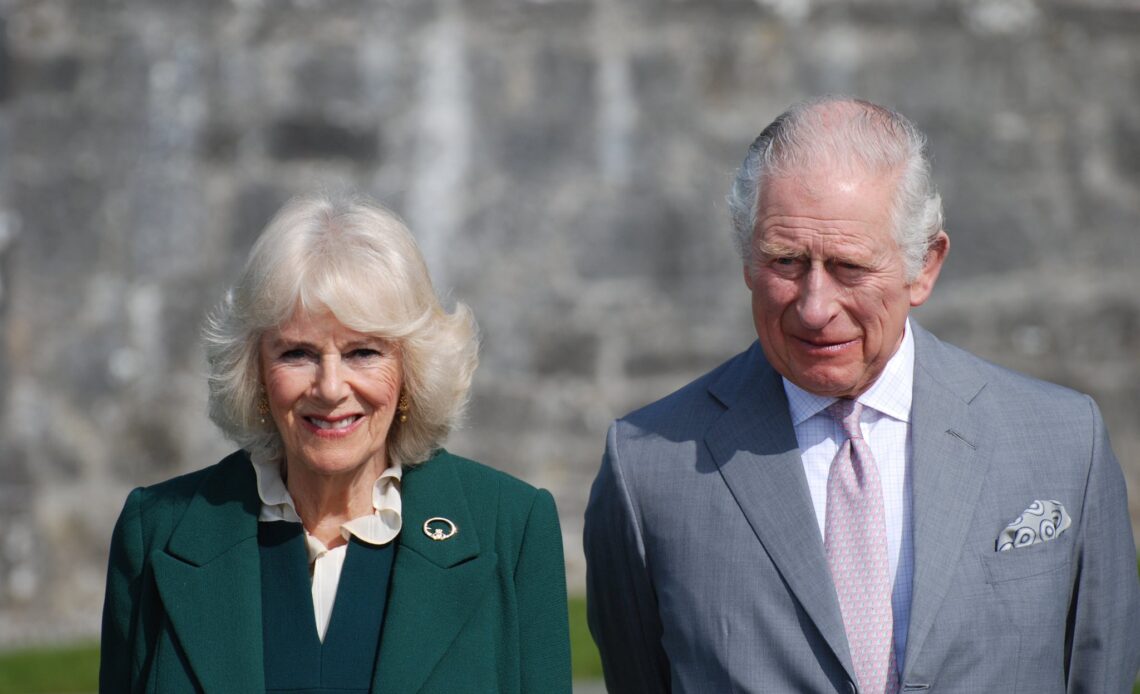 Long-time Strictly Come Dancing superfan the Duchess of Cornwall is likely to have a front seat at the show later this year if reports that the televised dancing competition will film an episode at Buckingham Palace prove true.

First reported in The Sun last week, rumours are swirling—and reportedly nearly close to finalised—that a semi- or quarter-final episode of the BBC’s dancing competition will be filmed at the Buckingham Palace ballroom.

The Sun’s source revealed: “Charles and Camilla are very much driving this, and the BBC couldn’t quite believe what was being offered. Strictly at Buckingham Palace is just TV dreamland. It should be a wonderful spectacle.”

The source continued: “The Prince of Wales and Duchess of Cornwall are, like millions of others, huge fans of Strictly Come Dancing—and so is The Queen.

“So there is a real desire and energy to make this happen. Holding the show at Buckingham Palace’s ballroom would be a wonderful treat as we celebrate The Queen’s Platinum Jubilee this year. A lot of work needs to be done to get it over the line.”

Buckingham Palace previously played host to Strictly Come Dancing for a Christmas special in 2017, where Camilla hosted the competitors and judges for a tea dance with members of the local community.

Camilla’s hosting was on behalf of the National Osteoporosis Society, of which she is President, to show the importance of staying active for older people. She danced with Strictly judge Craig Revel Horwood, who praised her dancing skills.

The Duchess of Cornwall has made no secret of her love for the reality competition. In 2020, she was one of many who appeared via video to share why she loved the series. In a pre-recorded message, she said: “I think it’s just lifted our spirits; it’s lifted the whole country’s spirits. I’m very excited; I know who I’ll be voting for.

“I’d like, on behalf of everybody who watches Strictly, to say an enormous thank you to everybody.

“Everybody who’s been involved in this production, in this particularly difficult year, you have given everybody so much pleasure, and you’ve uplifted the nation.”

Earlier this year, she met 2021’s Strictly winner, Rose Ayling-Ellis, an actress and the first deaf competitor, and told her that not only had she voted for her but that The Queen is also a Strictly fan and likely saw her compete.

In addition to filming an episode of Strictly at Buckingham Palace, sources told The Sun that producers are keen to get a member of the Royal Family to compete on the show as a cap on the Platinum Jubilee year, with Zara or Mike Tindall as the top targets.

Strictly Come Dancing is regularly filmed at the Elstree Studios and has run for 19 seasons, with its upcoming 20th slated for later this year.