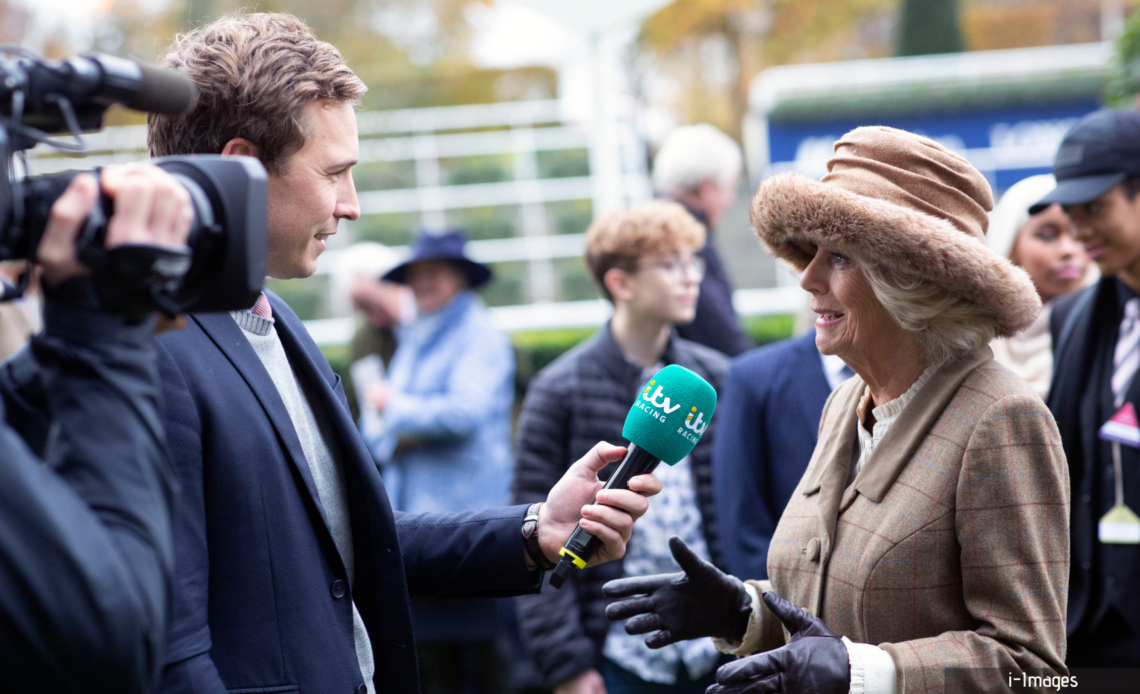 The Duchess of Cornwall visited Ascot Racecourse on Saturday to promote the work of Ebony Horse Club – a charity of which she is President.

Upon arrival at Sovereign’s Gate, Her Royal Highness was greeted by The Queen’s representative, Sir Francis Brooke.

Camilla then headed to the Royal Box where she met the Chairman of Ebony Horse Club, Sue Collins.

Her Royal Highness then enjoyed the first race of the day, The Molton Brown Novices’ Hurdle Race, which was won by the Paul Nicholls trained Flemenstide with jockey Bryony Frost.

Afterwards, Camilla met with Ebony students and headed to the Parade Ring to view the horses who were lining up in the Ebony Horse Club Steeple Chase.

Once again, the Paul Nicholls and Bryony Frost partnership landed the spoils as Jeremy Pass won making quick double for the team.\

After the race, the Duchess and the Ebony students presented the winners with the prizes.

Following the race, Her Royal Highness conducted an interview with ITV racing presenter Oli Bell on how supporters in the racing industry have come together to create a racing syndicate which supports Ebony Horse Club – the Friend of Ebony syndicate.

Speaking on ITV, Camilla said: “I get huge pride. It’s so wonderful.”

She added: “Any of the children here today, I think they have had a fantastic day.

“I hope that there are going to be some budding jockeys in future.”

The Duchess of Cornwall has been President of Ebony Horse Club since April 2009.

The Club has a community riding centre in Brixton, with the charity being founded back in 1996.

Ebony Horse Club currently have eight Horses, 140 riders per week, and have provided 1,700 rides so far this year.

The Club’s mission is to use horses to raise the education, life skills, wellbeing and aspirations of young people from disadvantaged communities within Lambeth.