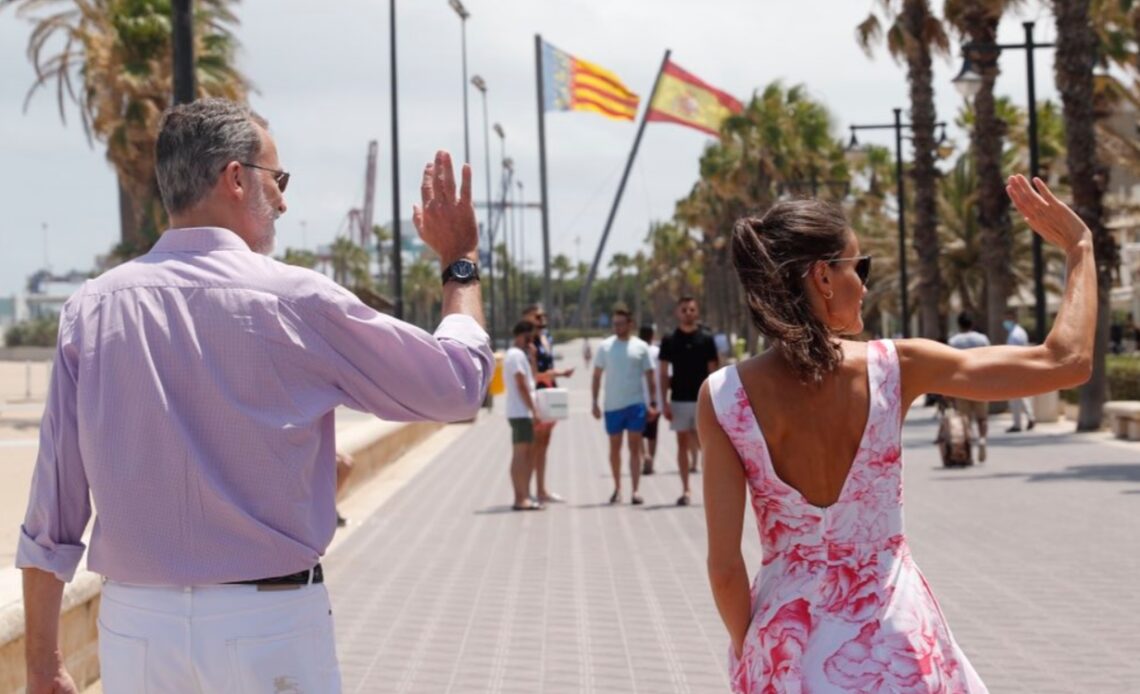 Usually, as July gets under way, we expect the royal diary to start to slim down as summer holidays beckon. However, 2020 is proving different there, too. A lockdown begins to ease in countries across Europe, the continent’s royal families have had their busiest time in months as they head on engagements. From supporting tourism and business to showcasing their own country’s best bits, it’s been a packed few days for the royals. Here’s their week, in picture.

Down on the Farm

The Prince of Wales had a string of engagements in the week including stops in Gloucestershire to see how the farming and agricultural communities have dealt with the challenges of the coronavirus pandemic. During a stop at Adam Henson’s Cotswolds Farm Park, Charles saw how people there have been ensuring rare breeds of animals are looked after during lockdown and heard about plans to welcome back visitors.

Queen Letizia found herself on the beach in one of Spain’s most famous tourist destinations as she and King Felipe continued their tour showing support for industry and business across the country. On July 3rd, Letizia was in Benidorm where she proved a hit with beachgoers. The week also saw Spain’s king and queen in Cordoba, Seville, Valencia and Cuenca.

Everyone loves a royal generation photo and Belgium’s ruling family treated us to a glimpse of the country’s past, present and future rulers together this week. King Philippe of the Belgians was joined by his father and predecessor as monarch, Albert II, and his heir, Princess Elisabeth, for a family outing to the Giant’s Tomb. Philippe’s wife, Queen Mathilde, their three other children and Queen Paola were also there as Belgium’s royals showed their support for local tourism.

This week should have seen Wimbledon take place but instead of royals watching tennis, we got a prince and princess taking to the court themselves. Crown Princess Mary of Denmark shared photos of her twins, Vincent and Josephine, enjoying a game of tennis as their holiday at Grasten got under way.

A new mum goes back to work

The Hereditary Grand Duchess of Luxembourg carried out her first public engagement since becoming a mum for the first time. Princess Stephanie joined her husband, Prince Guillaume, for a visit to Caritas to see how they have been supporting those living in poverty during the coronavirus pandemic.

The busy royal diaries look set to continue through July as Europe’s ruling dynasties, like the rest of us, get used to a new way of living.