The Royal Wedding Breakfast of The Duke and Duchess of Cambridge 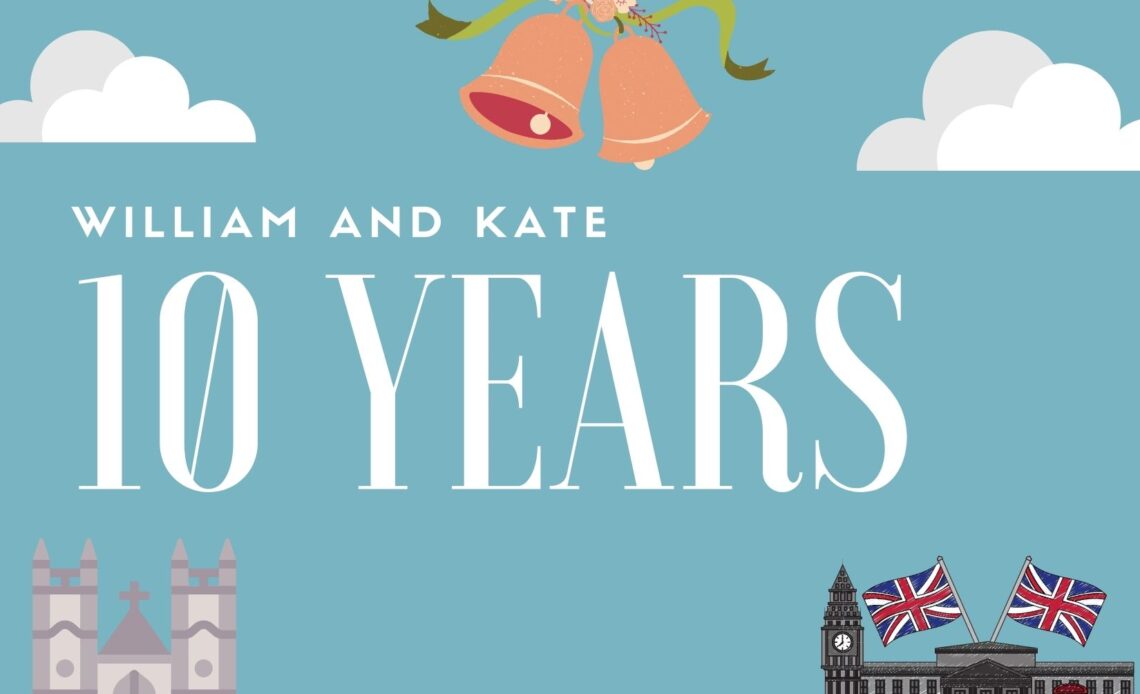 Ten years ago this April, Prince William and Catherine Middleton married at Westminster Abbey with the eyes of the world on them. The new Duke and Duchess of Cambridge were cheered through the streets on their way back to Buckingham Palace where, after the obligatory balcony appearances, they enjoyed a three course wedding breakfast alongside invited guests. After a long morning and the small job of getting married, they no doubt had an appetite and settled down for a right royal feast.

This April wedding had a very spring like starter. Three different fish and shellfish were brought together to get the wedding breakfast under way. South Uist salmon was served alongside Lyme Bay crab and Hebridean langoustines with a herb salad to keep everything fresh.

The main course, like that served at the marriage of William’s parents, was centred on lamb. The cut chosen by chefs was a saddle and, again, the star of the show was organic. The Scottish meat was served alongside very English sides including asparagus as well as spring vegetables from Highgrove, the Gloucestershire estate of The Prince of Wales. Jersey royal potatoes (naturally) rounded off the plate with everything brought together by a sauce named Windsor.

Windsor wedding menus usually pay tribute to the bride at the end of the meal. The new Duchess of Cambridge followed in the footsteps of many Windsor wives by tucking into a pudding which took its inspiration from her. The trio of puds included a Berkshire honey, paying tribute to the county of the bride’s birth. It was incorporated into an ice cream that was served alongside sherry trifle and chocolate parfait.

In a wedding breakfast where three was the magic number, there was also a trio of wines to wash everything down. The starter was accompanied by a mellow white wine, a Meursualt while the main came with L’Hospitalet de Gazin, Pomerol, a fresh, young red wine from Pomerol, near Bordeaux. The pudding was served with pink champagne.

The meal ended with peppermint tea while guests were also treated to a slice of the couple’s huge wedding cake. The celebrations continued later with a more informal evening party, hosted by The Prince of Wales.