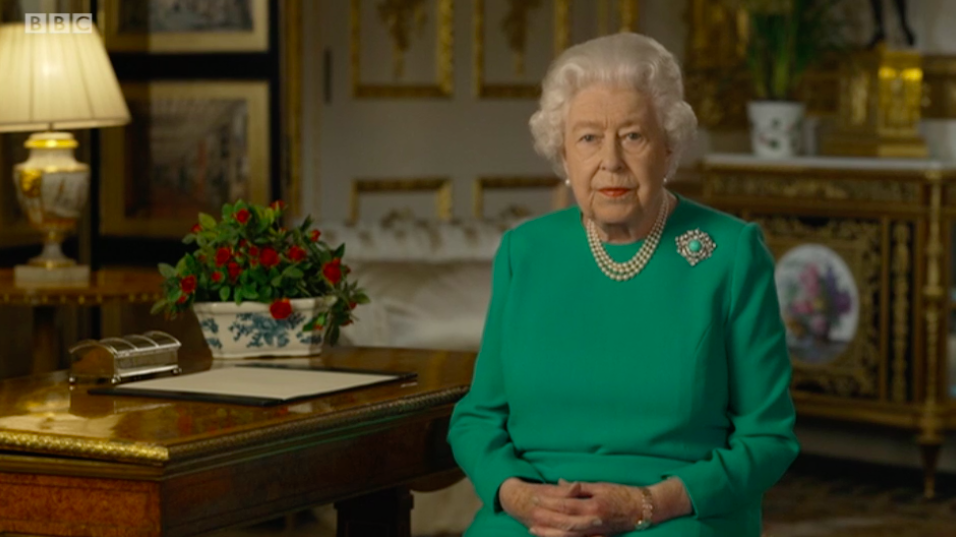 The Queen has spoken of grief that has affected millions across the UK in the past year as the country came together to remember all those lost during the coronavirus pandemic.

Shortly after a national minute of silence to commemorate all those who have died with the virus, Her Majesty sent a bunch of spring flowers to St. Bartholomew’s Hospital in London where The Duke of Edinburgh was recently treated. It was accompanied by a letter which read ”As we look forward to a brighter future together, today we pause to reflect on the grief and loss that continues to be felt by so many people and families, and pay tribute to the immeasurable service of those who have supported us all over the last year.”

The message was shared as millions of people across the UK joined in an act of remembrance which took place on the first anniversary of the first lockdown beginning in the UK. Since then over, 126,000 people in the country have died with coronavirus.

The flowers included irises which denote faith and hope in the language of flowers. They were set among ranunculus, tulips and daffodils, the symbol of spring used by the Marie Curie Trust which helped organise today’s National Act of Reflection.

The Prince of Wales had earlier shared a message in which he spoke of the ”resolve and resilience” tested and shown by millions over the past year. He urged everyone to take a moment to remember those lost and ”to give thanks for their lives and to acknowledge the inexpressible pain of parting. In their memory, let us resolve to work for a future inspired by our highest values that have been displayed so clearly by the people of this country through this most challenging of times.”

The Duke and Duchess of Cambridge arrived at Westminster Abbey as the moment of commemoration approached. They visited the vaccination centre that was set up at Poet’s Corner earlier this month and met staff and volunteers as well as some of those receiving their jabs. Following the national act of remembrance, The Duke of Cambridge lit a candle at the Shrine of St. Edward the Confessor while The Duchess of Cambridge laid spring daffodils as her own commemoration.